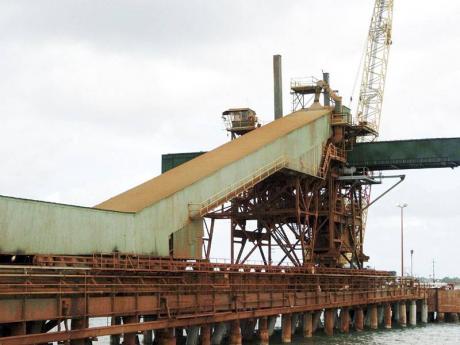 Century Aluminum Limited, former owner of St Ann Bauxite Company which sold out its local operations during the bauxite downturn, says it is mulling re-entering the local alumina sector under partnership to set up a 1.5-million tonne alumina plant.

The investment would signal a further rebound of the sector damaged since the global recession.

"This is still in the analysis phase, and it is too early to determine when major construction might begin," said Lindsey Berryhill, manager, corporate communications at Century Aluminum Company.

"We are unable to disclose the estimated investment numbers at this time, but I will keep you informed of our progress," Berryhill said via email.

Century Aluminum was formed in 1995 by Glencore International of Switzerland as a holding company for its aluminium-producing assets.

The US-based company announced setting up Mincenco, a joint venture with Minmetals Aluminum Company, a Beijing-based alumina distributor, in 2006 but it remained largely dormant as Century focused on selling its assets at St Ann Bauxite.

However, Century's results released last week placed the joint venture back on its books for the first time since 2009, hinting of renewed interest.

Century accounted for its Mincenco assets at some US$1 million which was split among two joint ventures in its balance sheet in its December quarter. Century and Minmetals are equal partners in Mincenco.

"We also have a 50 per cent interest in Mincenco, a joint venture with Minmetals Aluminum Company to explore the potential of developing a bauxite mine and associated 1.5 million metric ton alumina refining facility in Jamaica," stated the financials.

Government in 2008 stated that Mincenco was exploring setting up a coal cogeneration plant in St Ann, but months later Century sold its St Ann Bauxite asset to US based Noranda during the global downturn which resulted in the near shutdown of Jamaica's alumina sector.

Jamaica accounts for 6.5 per cent of the world's bauxite reserves, according to a recent United States Geological Survey study.

The bauxite-alumina sector earned the third-highest foreign exchange for the island at US$531.5 million in exports for 2010. Jamaica appears on track to better that outcome, having racked up alumina export earnings of US$293.2 million and an additional US$68.4 million from bauxite over the first six months of 2011. The numbers reflected improved half-year performance of 73 per cent for alumina and 10 per cent for bauxite, according to the latest balance of payment statistics published by the Bank of Jamaica.