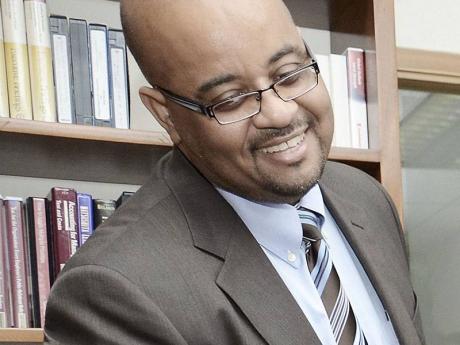 The acquisition of the mortgage portfolio of an unnamed company and rising demand in the middle- and high-income real estate markets led to record growth for Scotia Jamaica Building Society (SJBS) last year.

SJBS hopes to maintain its pace of growth at a targeted 25 per cent this year by maintaining focus on mid- to high-income property buyers, Whitelocke told Wednesday Business.

The uptick in demand in those two segments, he said, had less to do with refinancing and more with professionals in search of new homes.

Last year, it was expected that a number of mortgagors would have negotiated new loan terms and lower interest rates with lenders after the government replaced the original three per cent stamp duty charge on refinancing transactions to a nominal J$100.

"Refinancing was just about nine per cent of portfolio growth. We realised that the competition was strong in the lower end of the market so we decided to target the upper end at price point J$15 million and above," said Whitelocke.

Scotia Jamaica's loans are priced at 10.75 per cent. Comparatively, new entrant in the mortgage-loan market, NCB is offering a single digit rate, 9.5 per cent.

"Mid-market demand is pretty strong. Some realtors have a waiting list," Whitelocke said. "Some people realise that real estate is the best investment ... . With rentals at US$1,200 to US$1,500 a month, you could easily be paying a mortgage instead. Couples are also getting, together, J$9 million in NHT funds at 11 per cent which makes it easier for them to secure combined mortgage funding."

The building society declined to disclose the party whose mortgage portfolio it acquired.

Whitelocke was upbeat, saying a strategic partnership with realtors and housing developers, including New Era Homes, developer of residential homes at Caymanas Estates in St Catherine, was highly productive.

"We have improved processing times so that realtors can get their commissions faster," Whitelocke said.

The building society sector is now valued at J$88 billion by loans, J$122 billion by savings or deposits, and J$185 billion by assets. Jamaica National remains market leader in the three categories, followed by Victoria Mutual, Scotia Jamaica, and FirstCaribbean.