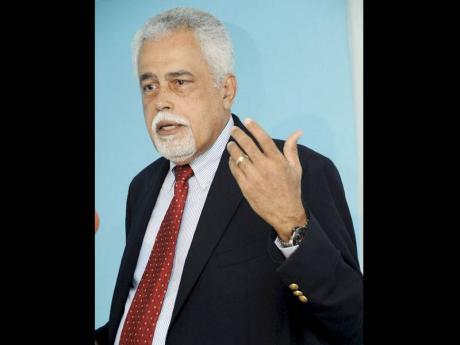 The Automobile Dealers Association (ADA) has singled out five of 145 recommendations by the Private Sector Working Group (PSWG) on tax reform that impact business done by auto traders, but has only fully endorsed one - the cutting of the corporate income tax rate.

The ADA is for reducing the corporate tax rate from the current 33 per cent to the proposed 15 per cent, but is against increasing licensing fees for vehicles older than seven years or larger than 2.0 litres; and has counterproposed that the threshold for annual tax write-offs for vehicles be set at US$65,000 instead of the US$35,000 proposed by PSWG.

The group also said it is totally against the proposal to increase special consumption tax on motor vehicle with engines bigger than 2.0 litres, and the current waivers and concessions allowed for new car dealers be protected.

At the same time, the ADA is proposing additional taxes on second-hand vehicles that would make it more expensive for individuals to transact business on their own behalf, and that the age limit of used imports be lowered.

"The work already done to reform motor vehicle tax has provided proof that reducing taxes on motor vehicles stimulates demand and increases revenue. The reduction in retail prices drove consumers to choose newer cars improving the fuel efficiency of the national fleet," the ADA said in its response to PSWG.

The association argued that the SCT should remain unchanged for dealers as vehicles with engine size of more than 2.0 litres made the most significant contribution to tax revenues last year, of which they sold 809 of the 1,422 vehicles imported in 2011.

"The revenue increase attributed to the vehicles with engines greater than 2.0 litres was J$441m compared to a total increase of J$454m. Without the revenue performance of these vehicle types, the revenue gains would not have been realised," the ADA said.

The working group also proposed that there be a "discontinuance of discretionary ministerial waivers - with limited exceptions" on motor-vehicle imports.

The ADA said this would significantly affect its membership given that they obtain 50 per cent of their sales from tax concessions "of one kind or another in 2011". The association believes that the concessions that are to be regularised as part of the tax policy need to be defined first before removal of waivers can be discussed.

The ADA agreed with the PSWG to reduce the corporate income tax rate. They also agree, with conditions, to an increase in motor-vehicle licensing fees, as well as an increase in maximum allowable tax write-off available in respect of motor car purchases.

Meantime, it its own suggestions for reforms, the group is lobbying for the implementation of GCT for second-hand vehicles, which it said could realise an estimated J$100 million in tax revenue, after assuming an average margin of J$80,000 and GCT at 12.5 per cent.

The ADA is also suggesting that the government reverse the changes to the policy on the age of used-car imports. The old policy restricted the age of imports to three years; the new policy allows for five-year-old vehicles.

The new car dealers want a reimpostion of the three-year limit, and that light commercial vehicles be restricted to four years, down from the current six-year-old limit.

The Jamaica Used Car Dealers Association says it "strongly disagree with this recommendation", saying that the current policy allows people to now get good cars at affordable prices.

The used car dealers said they will be meeting soon to finalise their positions and thereafter make their own tax-reform recommendations.

ADA representatives chose not to comment for this story, saying their position paper was self-explanatory.