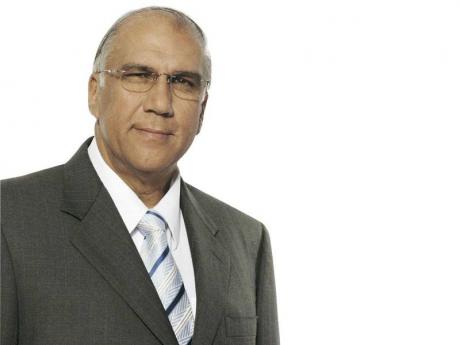 Trinidad and Tobago, the third-largest producer of natural gas in the Americas, is to complete its 300-kilometre undersea gas pipeline in 18 months.

It will link to northern neighbour, Barbados.

"Within another 18 months or so there should be a natural gas pipeline between Barbados and Trinidad and Tobago," said Barbados Prime Minister Freundel Stuart on his return from the CARICOM Heads of Government meeting in Suriname.

Stuart said he held bilateral talks with Trinidad PM Kamla Persad-Bissessar on the margins of the Caribbean Community mid-term summit, and was advised that her Cabinet had already approved the plan to build the pipeline, expected to be one of the largest civil engineering works in Caribbean history.

The project had its genesis more than five years ago in the previous administrations of both countries - Trinidad and Tobago's Patrick Manning and Barbados's Owen Arthur.

The pipeline is expected to stretch 970 kilometres (600 miles) from Tobago north to St Lucia, Dominica, Martinique and Guadeloupe.

Bridgetown and Port-of-Spain had signed an agreement to build an undersea 177-mile pipeline which will stretch from sister island Tobago to Barbados.

The project is to be undertaken by the Eastern Caribbean Gas Pipeline Company (ECGPC), a public-private partnership.

Stuart indicated the two CARICOM nations have cleared one hurdle facing the project by reaching a compromise on the duration on the pipeline's lease arrangement.

"We were asking for a 25-year lease, they were saying 15 years, but in the bilateral discussion it was thought that we could meet each other halfway and end up with a 20-year lease to get the natural gas pipeline arrangement going," Stuart said.

He said technocrats from both capitals are now expected to work out the details before work on the pipeline can begin.

In the last decade, Trinidad and Tobago has emerged as the leading supplier of liquefied natural gas in the Americas.

By 2004, it had accounted for nearly 80 per cent of shipments to the United States, up from virtually nothing five years before, according to the New York Times.

By 2010 estimates, Trinidad and Tobago produced 42 billion cubic metres of commercial-grade natural gas annually, making it the third-largest producer in the Western Hemisphere after the United States and Canada, and double the output of Trinidad's closest neighbour and oil-producing heavyweight, Venezuela, at 22 billion cubic metres.

The Point Lisas, the industrial port south of the capital, Port-of-Spain, exports most of its gas production to the eastern seaboard of the United States by supertanker.

Venezuelan leader Hugo Chavez had argued that that the pipeline should instead originate in Venezuela and carry out oil rather than LNG as far as Cuba and the United States.

The multinational gas project goes back some five years when the previous Owen Arthur administration in Bridgetown sought agreement with Port-of-Spain on the gas pipeline.

The Barbados government has favoured pipeline delivery over barge transport, arguing the vessels could only be repaired in Japan, would have to visit Barbados every 24 to 48 hours to feed demand, and could not sail during the highly active hurricane season.

Supporters have also said barges are more labour intensive and will have to be replaced more frequently than a pipeline.