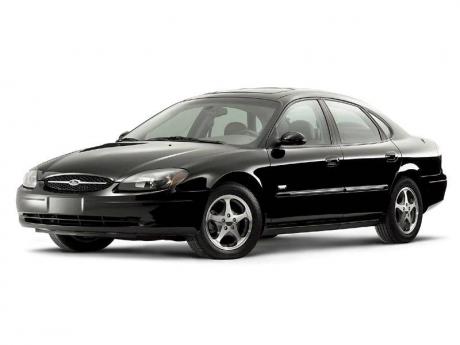 Federal safety regulators are investigating sticky accelerators in as many as 1.9 million Ford Taurus and Mercury Sable sedans.

The National Highway Traffic Safety Administration (NHTSA) started the probe last week and expanded it on Monday to include cars from the 2001 through 2006 model years.

The safety agency has received 14 complaints of Taurus sedans accelerating on their own. So far it has no reports of crashes or injuries because of the problem.

A faulty cruise control cable may be the cause. It can detach and hold the throttle open, the agency said in documents posted on its website.

In at least two of the complaints, drivers told NHTSA that their cars took off and ran red lights before they were able to bring them to a stop by shifting them into neutral or park.

"This is an extremely dangerous situation," one driver wrote in a complaint filed in August of 2010. "There needs to be something done about this before it becomes fatal."

It's a problem similar to one that tarnished Toyota Motor Corp's reputation about two years ago. The Japanese automaker eventually recalled 14 million vehicles worldwide because of acceleration problems, which it blamed on ill-fitting floor mats and sticky accelerator pedals. At the time NHTSA said at least 52 people were killed in crashes linked to Toyota's acceleration problems. A NHTSA investigation cleared Toyota's electronic throttle controls as a cause of the problem.

Ford is cooperating with the NHTSA investigation, spokesman Daniel Pierce said on Monday. "It's asking for information like they have done in the past with other vehicles, and we will be working with them throughout the investigation," Pierce said. Ford received a request for data from NHTSA on Monday and it is just starting to look into how many complaints have been made to company dealers, Pierce said.

In its investigation, NHTSA will determine how many cars had the same parts and whether the problem is widespread enough to trigger a recall. So far none of the cars has been recalled. The Taurus and Sable are nearly identical and share almost all the same parts.

In another complaint about the Taurus filed on November 27, 2011, a driver reported that the brakes couldn't stop the car, which went through a red light and around two cars, reaching 70 mph before the driver put it in park and turned off the engine.

"Wow. The scariest thing I have ever experienced," the driver wrote. "If there was heavy traffic someone would have been killed, no doubt in my mind."

NHTSA knows the identity of people filing complaints but does not release their names.

If a car suddenly accelerates, drivers should brake firmly without pumping the brakes, shift the car into neutral, steer to a safe location and shut off the engine, NHTSA spokeswoman Lynda Tran said in an email. Drivers also should be sure they know in advance how to put the car in neutral because car diagrams can be misleading.

If a car has keyless ignition, drivers should know how to turn off the engine while the car is in motion, which may involve holding the button until the engine turns off, she said.

The Taurus, which was introduced in late 1985, was the best-selling car in the US for five years in the early 1990s. But Ford let it languish while it focused on SUVs, and the Toyota Camry was soon outselling it. Ford renamed the Taurus the Five Hundred in 2006, but new CEO Alan Mulally insisted that the company return to the Taurus name with the 2008 model year.

Taurus sales have remained sluggish. Ford sold 63,526 of them last year, just 15 per cent of the total sold at the car's peak in 1992. The company discontinued the Mercury brand in 2010.