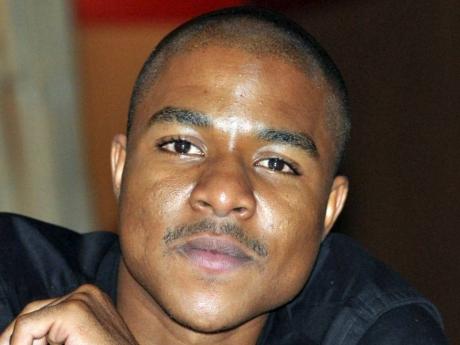 A JAMAICAN has yet to meet a bandwagon he didn't like: Brazil football; Hennessy and Hypnotiq; Prince Harry. The latest fad we've hopped onto with the dexterity of a minibus conductor is a movement by American charitable organisation, Invisible Children, aimed at exposing atrocities committed by Ugandan rebel leader Joseph Kony. The campaign, Kony 2012, seeks to make Kony - the leader of Uganda's Lord's Resistance Army (LRA) - a household name. The aim of making Kony famous isn't to get him his own reality show or free appetizers at TGI Fridays, but to shed light on the tremendous barbarisms he is accused of committing and ultimately force the international community to bring him to justice.

In his twisted, decades-long mission to turn Uganda into a theocracy, Kony - who has been indicted for war crimes by the International Criminal Court - has abducted over 50,000 children, conscripting boys as child soldiers and forcing girls into sex slavery. He secures boy soldiers' loyalties by brainwashing them with a cocktail of addictive drugs and brute force - often coercing them to murder their own families.

Last week, Invisible Children released a video that has spread across the Internet faster than a Riverton Dump fire. With over 80 million views in less than a week, it is the fastest-growing phenomenon in Internet history.

In the video, Invisible Children co-founder Jason Russell documents Kony's atrocities and seeks to make good on Russell's vow to a former Ugandan child soldier to ensure Kony pay for his brutalities. The video proposes a series of steps for viewers, chief among them is to donate money in order to receive Kony 2012 bracelets and posters, then plastering cities across the world with those posters. The ultimate goal: make Kony a household name and convince the United States government to maintain or increase the number of military 'advisers' in Uganda assisting in capturing the fugitive.

The campaign is not without controversy. The 30-minute video fails to mention Invisible Children's support of a Ugandan army whose own human-rights record is so abysmal it makes the Jamaica Constabulary Force look like the Peace Corps. Questions have also been raised about Invisible Children's effectiveness in dispatching donations, with some alleging the group spends too much on high-priced media efforts, leaving relatively little to directly support its stated mission. And despite all the fuss to find Kony in Uganda, the group fails to inform viewers that the conflict is hardly active these days, with Joseph Kony and his pack of rebels holed up not in Uganda but in the jungles of Congo.

Despite Invisible Children's flaws, their effort remains worthwhile - especially in light of the widespread use of child soldiers in conflicts across the world. As such, we should support the cause - mindful, as French philosopher Voltaire proclaimed, to never allow "perfect to become the enemy of good".

We'll do our part, right here in Jamaica, to make Joseph Kony more famous than LA Lewis. So gangsters, deejays, and corrupt police officers, listen up: from this point forward, the most callous and cold-hearted among you should be labelled 'badder than Kony'. To the public: when describing politicians and their tendency to engage in chicanery with the people's resources, describe them as being 'tief like Kony'.

Be forewarned Mr Joseph Kony, in case you were browsing Hotels.com in search of a good package deal at Hedonism II, we know about you in Jamaica and you're not welcome here (unless, of course, you come with unsupported promises of jobs and bags of cash to grease political palms).

And while we're on a collective, do-good, save-the-little-African-children vibe, we might as well take a moment to address threats so ominous and imminent they make Joseph Kony look like Coney Park.

While the now-trendy Kony has abducted over 50,000 children and killed or maimed thousands of Ugandans over 30 years, malaria claimed 800,000 young lives last year alone - mostly in Sub-Saharan Africa. Kony has never struck in Jamaica, but last year pneumonia snatched the lives of dozens of Jamaican children and a million more worldwide. And malnutrition remains the undisputed king of child mortality - claiming 3.5 million children globally, last year.

Many of these deaths could be prevented through simple practices and financial and technical support to purchase and deliver food and medications.

So while you're busy delivering justice to Joseph Kony, remember how much more your support could mean in bringing an end to other ruthless killers that are indisputably 'badder than Kony'.

Din Duggan is an attorney working as a consultant with a global legal search firm. Email him at columns@gleanerjm.com or dinduggan@gmail.com or view his past columns at facebook.com/dinduggan and twitter.com/YoungDuggan