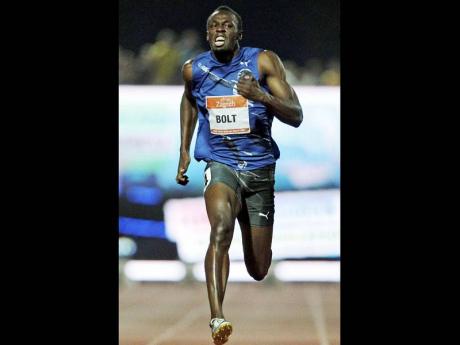 WHEN ENGLAND robbed Australia of the Ashes last summer, the sense of malaise that fell across the country was palpable. People were cranky. The skies were grey. The rain fell. Cricket was a fundamental source of anxiety. Mental health was served by not thinking about it.

A year later, with a panel of selectors prepared to let some new blood flow and a captain full of surprises, success has followed at a startling rate. In Pattinson and Cummings, Australia has a future bowling attack to make you drool. The possibilities that Warner brings to the game are almost unimaginable. The sun has started shining and summers are back on the agenda.

The extent to which cricket nourishes the soul is not unique to Australia. On entry into Dakar airport one is met with a wall-size photograph of the Bangladeshi cricket team that simply says: "We love cricket."

Playing the cricketing card on my recent trip through the Caribbean did not meet the usually favourable response. Smiling, Foreign Minister Senator Nicholson informed me: "I do not wish to have the cricket conversation".

As it turns out, the prowess of our cricket team appears to be inversely proportional to the warmth of our international relations.

For a child of the seventies and eighties when Clive Lloyd, Viv Richards and Michael Holding were dominant, it doesn't feel right that the Caribbean is not immersed in the joy of cricket. To be sure, it still appears to me to matter. Past heroes adorn walls. And the cricket conversation happened. But rather than being a source of delight, it was characterised by frustration.

Yet, in the midst of a cricketing drought, Jamaica is rich with other sources of sporting sustenance. Soccer is big, and the national netball team has assumed a superstar status the envy of the Australian Diamonds.

But surpassing all of this is athletics. For, in Jamaica, it is all about Usain Bolt. His giant figure towers over the streets drinking a bottle of Gatorade or holding a Puma shoe. Every second person you meet knows his mum, remembers him from school, or tells you where he likes to eat.

Cricket fever has been turned into Bolt fever, and it is hard not to catch.

After winning gold in Beijing, the German company that built the Olympic track offered to build a replica for Usain's training purposes in Kingston. I had to see it.

On the Sunday of our visit, we attended a church service for the diplomatic corps at the University Chapel at the University of the West Indies, Mona. The choir was magnificent, the sermon stirring and the worship thoroughly dignified. Yet, pious thoughts were competing in my mind with growing excitement because the university also housed Usain's track.

After appropriate salutations at the end of the service, we bolted in search of Usain.

Behind a high-locked fence, complete with security guard, we found a glistening blue synthetic track. Some fast talking gained us entry, but on the strict condition that there were no photos. With giggling excitement, we asked the guard whether he knew Usain. "Oh, of course, man. I am Mr Bolt's chaperone whenever he is here." This revelation unleashed a flood of questions: how does he train, at what time of the day, for how many hours.

Our enthusiasm, and the long way we had travelled, combined with his evident pride, softened the guard to allow a photo.

I stood and posed with the track behind me hoping that some of the magic would rub off. Yet, when I looked at my trophy photo, it was sadly apparent that my physique was as suited to this hallowed ground as an overweight hippo in a cheetah race.

Just as Australia's Indian summer of cricketing delight has been so good for the Australian psyche, the uplifting role of sport in life is on show in Jamaica.

Richard Marles is Parliamentary Secretary for Pacific Island Affairs in the Government of Australia.