DPP on the defensive over Hibbert-Mabey & Johnson issue 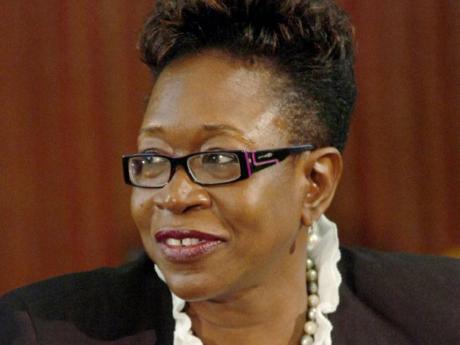 DIRECTOR OF Public Prosecutions (DPP) Paula Llewellyn says the Mabey & Johnson corruption allegation case involving former Jamaica Labour Party (JLP) Member of Parliament Joseph Hibbert is not yet ready for prosecution as the matter is still being investigated by the police.

This update comes two years after the DPP referred the widely publicised Mabey & Johnson case to the police for further probe.

The DPP's update on the Hibbert saga formed part of a response to a Sunday Gleaner editorial which on the weekend raised questions about the pace at which corruption matters were being dealt with by the Office of the DPP.

Yesterday, Llewellyn said: "The allegations of 'incompetent management' are without merit as this matter is still being investigated by the police and is not yet ready for prosecution."

In March 2010, the DPP responded to the contractor general's probe that there was corruption and irregularity in the award of a government contract to Mabey & Johnson.

She said: "There is sufficient compelling material to be referred to the commissioner of police and his assigned investigators for further enquiries to be made in respect of the alleged actions of a Mr Joseph Hibbert and any other possible persons of interest as yet unknown pertaining to this matter, for the purpose of possible criminal prosecution."

However, since that time, the matter remains with the police and the DPP is still awaiting the completion of their investigation.

Turning to the editorial, the DPP yesterday charged that criticisms of her office were "unfair, uninformed unfounded and without sufficient evidential basis".

The editorial described the DPP's office as "lacking in energy", experiencing "organisational malaise" and "dithering".