Young gunners shoot for the stars 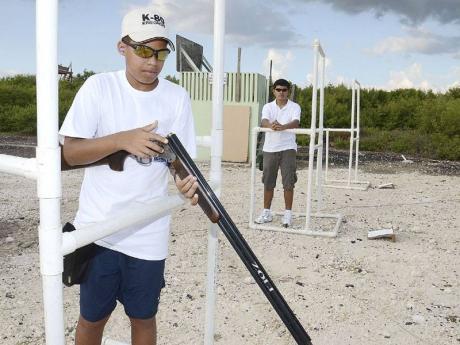 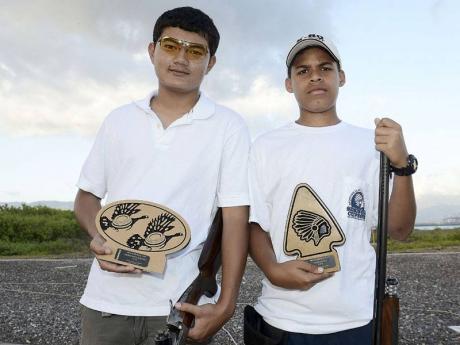 Jamaica's Nicholas Chen (left) and Brandon Reid show off their trophies from the Seminole Cup in Florida held February 22 to 26.
1
2

JAMAICA HAS a fine tradition of clay shooting and two of Jamaica's juniors are trying to keep it going.

Nicholas Chen and Brandon Reid recently took part in their first overseas shoot at the Seminole Cup in Florida from February 22 to 26.

It's the biggest shoot in the state and, this year, there were 500 competitors. In the main event, Chen won his class, nailing 140 of the 200 targets. Reid was not far, finishing fifth. They placed first and third in their class in an early preliminary round, and Chen took a couple of second places in other rounds.

We just had to watch the Hillel Academy pair in action and met up with them; their coach, Khaleel Azan, and their parents at their usual shooting ground, the Jamaica Skeet Club founded 50 years ago by master shooter Tony Kelly.

Reid pops off his glasses first after the training session and walks over to us. He's been shooting for three years.

"It takes a lot of practice, hard work, and you have to be focused through the whole 100 birds or 200 birds you're shooting," said the soft-spoken 13-year-old. His father was a pretty accomplished shooter and two of his sisters also did it recreationally. But Reid is looking to "go as far as I can take it". But he takes more from it than just knocking clay targets out in mid-flight. It has benefited him in other areas.

"It really does help with schoolwork because you really just want to stop, but you have to stay focused and complete it," he explained. Not shooting his best score or shooting to the best of his ability annoys him, but he keeps working at it. Following Azan's instructions, he said he always watches the other competitors shoot because it can help when he goes to the station they just used.

"It was really mind-blowing to go out and see all those good shooters," said Reid. He was proud of his achievements.

Though he's older than reid, Chen has been shooting for just over a year and a half. Like Reid, his father introduced him to the sport.

"I decided to follow him. I liked watching the birds blow up," he laughed. And no, dad didn't twist his arm. "I was enjoying it, I really liked watching, and I like the sound of the gun." They were difficult birds, but he managed to shoot them he said of Seminole.

"It has taught me how to focus, like on my schoolwork," said Chen. A natural athlete, he also swims, plays water polo and tennis. For the upcoming National Commercial Bank tournament, which will be held on Sunday, he's focused and raring to go.

"I hope to do well; it's a big shoot. I hope I win my class," he said. They both recalled that they did some firing at the first lesson, but didn't start going after targets until about the fifth or sixth session. They've shot at tournaments in Ocho Rios, Caymanas Park and Worthy Park in Trelawny.