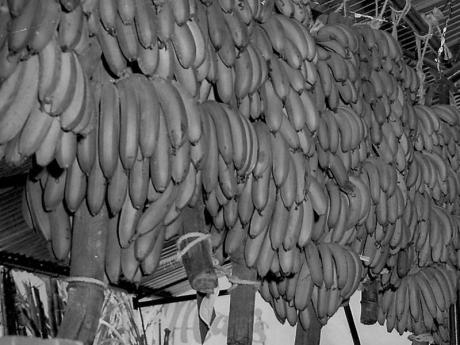 Quality Bananas: These bananas did not find their way into the ships plying between Jamaica and the United Kingdom. But it was fruit like these that the Banana Board shipped last week and partly throughout the summer. 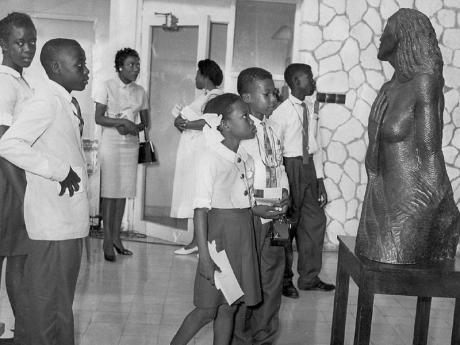 This sculpture holds great fascination for Spelling Bee Parish Champions and teachers, on a visit to the library of the University of the West Indies in 1962.
1
2

Jamaica's historical landscape is littered with dates which have shaped the terrain as well as the future of the country's diverse inhabitants.

On the second day of the 1962 Parish Championships of the Spelling Bee, sponsored by the Gleaner Company Limited, St Ann maintained its reputation for lively and spirited contest to determine its parish champions.

One hundred and eighty-four migrants left the island in two BOAC charter planes yesterday. Nearly 2,000 are expected to join the beat-the-ban rush this month.

Editor's note: The Commonwealth Immigrants Act 1962 was an Act of the Parliament of the United Kingdom. Before the Act was passed, citizens of British Commonwealth countries had extensive rights to migrate to the UK.

In response to a perceived heavy influx of immigrants, the Conservative Party government tightened the regulations, permitting only those with government-issued employment vouchers, limited in number, to settle. The leader of the opposition in the parliament at the time, Hugh Gaitskell, called the act "cruel and brutal anti-colour legislation".

Two ways in which the United Kingdom can materially assist agriculture in Jamaica were yesterday put forward to the British trade mission now visiting the island by Sir Robert Kirkwood, chairman of the Sugar Manufacturers' Association.

If the British government would change over to purchasing beet sugar from domestic producers on the same basis as West Indian sugar is bought within the Commonwealth Sugar Agreement, that could result in West Indian sugar enjoying a more flourishing condition than at present, Sir Robert declared.

And if British farmers would control themselves in the production of crops, which can be grown and, in fact, are being grown in Jamaica and the West Indies, that could result in the West Indies "having a better shot at the market" and so becoming more prosperous, he said.

The complete loading of two ships and the partial loading of another was carried through by the Banana Board last week because, with the approach of spring, supplies of the fruit are now becoming more plentiful

National Sports Limited is pleased to announce that Government has advised that it has given approval for the provision of facilities for swimming, diving and water polo at Briggs Park, west of the Stadium grandstand.

Plans are well advanced to see that these facilities are made ready in time for the holding of the Ninth Central American and Caribbean Games from August 11-25 this year.

BELIZE, March 12 (Reuter): Francisco Sagastume and eight other men alleged to have 'invaded' British Honduras last January, will ask for a postponement of their trial until May in order to secure defence counsel from Jamaica, it is understood here.

The trial was scheduled to open today at Stann Creek Supreme Court, but all the local lawyers say they are too busy to defend Sagastume and the others, who include seven Guatemalans and one British Honduran.