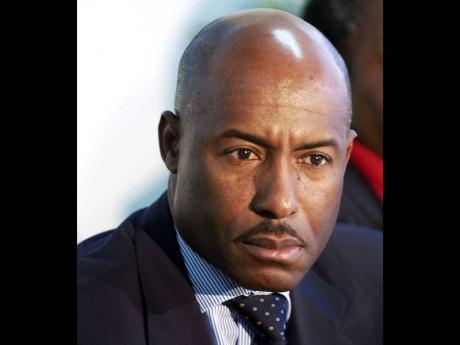 Citing an increasingly congested business schedule and the need to allow a new generation of leaders space to develop, financier Aubyn Hill resigned as president of Tennis Jamaica with immediate effect, on Monday, at a monthly meeting of directors.

Hill had served in the capacity as head of the local tennis' governing body since August 2010, when he took over the post from real estate developer Phillip Gore.

"Since I left sugar in October I have become a lot busier. In addition to my own solar energy company there are a number of boards on which I still sit, in addition to the work of my financing company," Hill told The Gleaner.

"With all that work I thought it was only fair, and that the time was right, for me to step down as head of Tennis Jamaica. I did not think I would be able to give them the attention they deserved for another three-year term, and with the elections expected soon the time was right."

Hill had targeted increasing participation in the game, raising the profile of the sport and eventually qualifying a player for the 2016 Olympic Games as some of the objectives in his tenure as president. While they have not all yet been achieved, the financial consultant believes a solid framework has been set for the organisation, and that with several enthusiastic young members on the board the game is in good hands.

"We have a lot of enthusiastic young people on board eager to serve the sport and they will have all sorts of new ideas. You have members of the board that have been there since the '90s and I thought it was time that Tennis Jamaica considers renewal," he said. "We need to have new people with fresh ideas."

And while Hill believes his contributions have been noteworthy, he leaves it entirely up to a new board to decide whether they continue or not.

"I made a clear strategic plan for three to five years and the board approved it. in the future they may use it or they may not. We established a standing committee, audit committee and marketing committee, all with the intention that we practise good governance, and these committees are all chaired by young business people, so the sport is in good hands," Hill said.

"I believe we raised the level of appreciation for tennis locally with tournaments like the Hi Pro Ace, which brought people from all over and drew an impressive spectator count. In addition to that there was the NCB Capital Markets, which brought players from all over the world and raised the profile of the sport locally. Those were the things we started."