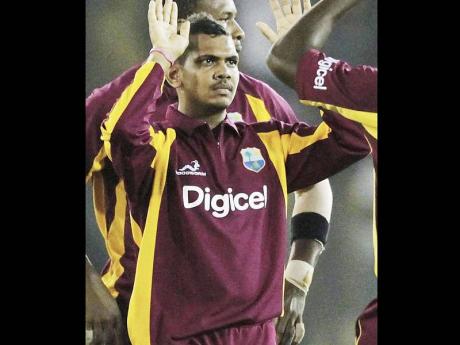 West Indies off-spinner Sunil Narine believes he is learning quickly and says his first taste of international cricket last December has put him in good stead to face Australia in the one-day series starting on Friday.

The 23-year-old made his debut against India in Ahmedabad and showed great composure in the three one-day internationals in which he played.

"When I played in India last year I got a feel for the atmosphere at international level. It was great. I'm really looking forward to the opportunity to play in front of West Indian fans," the Trinidadian said.

"It is always great to get the support of your fans and have them cheering you on. That does a lot for any player and certainly helps to lift the team.

"I learned a lot when I played those matches in India. I got to realise that at this level there is little room for error and your bad balls will be punished. The good players will punish you and as a bowler you never want to be playing catch-up."

He added: 'You have to be on top of your game from ball one, so my aim is always to make sure that when I take the field I'm mentally and physically up for the challenge. At this level of the game you have to be at your best at all times. There is no place to hide."

Narine is expected to form a key part of the Windies attack in the upcoming five-match one-day series against the Aussies.

He has been in superb form for Trinidad and Tobago in the first-class season, already snaring a tournament-leading 31 wickets from just three matches.

In a practice game as part of the West Indies camp at 3Ws Oval last weekend, Narine took four wickets in the space of 10 balls in a brilliant second spell to finish with four for 19 and dismiss Darren Sammy's XI for 159 in 39.5 overs.

"Things have gone well for me ... over the last week in the camp and I'm feeling good about the way I'm bowling," he pointed out.

"The ball is coming out really nicely and I'm in the right shape both mentally and physically. (The game) did not start out too well for me ... I was not that good in my first spell, but I put that behind, had a rethink and came back strong in my second spell."

However, Narine said though the camp was finished, he still had some brushing up to do on certain areas of his bowling.

"We still have some time to go before the first match next Friday, so there is still some more work I have to put in," he noted.

"We have some training sessions so I will look to work on my variations in the nets and also look to plan properly by watching the videos and gathering details on the opposition.

"Things are building up really well for me and for the team. There is a lot of expectation among the members of the team for this series."