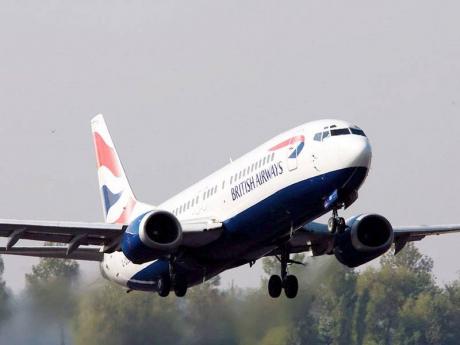 Caribbean countries opposed to Britain's controversial Air Passenger Duty (APD) have received support from international carriers and the World Travel &Tourism Council (WTTC) to get London to revisit the measure.

The WTTC said that new research shows that removing the APD would result in an additional 91,000 British jobs being created and £4.2 billion (US$6.5 billion) added to the economy within a year.

"Air Passenger Duty is a completely disproportionate tax on people's holidays and is hitting business travel hard. When the economy needs help, it is economically illogical to continue with a tax that costs the country some 91,000 jobs and as much as £4.2 billion," said WTTC president David Scowsill.

"This tax is damaging the economy at a crucial time and is having a negative effect on trade with countries in the Caribbean, Africa, and Asia. We urge the UK government to recognise the impact on the overall economy and reduce the Air Passenger Duty," he added.

The WTTC said that in the next 12 months the United Kingdom government will collect £2.8 billion in extra tax from air travellers, far more than any other country in the world.

On Monday, a number of leading international airlines, including British Airways, EasyJet, Ryanair and Virgin Atlantic, urged Chancellor of the Exchequer George Osborne to suspend the planned APD scheduled for April 1, pending the outcome of an independent study of the economic effects of such a tax rise.

The airlines said that eight per cent increase will reduce passenger numbers and hinder the UK's economic recovery.

"We are confident such a study would show that APD's damage to economic activity outweighs the revenue obtained. It is irresponsible of the Treasury, if it is serious about pursuing economic growth, to keep piling on APD increases without conducting a study of this kind," the airlines said in a joint statement.

"These endless cumulative increases in APD are pricing families out of flying - both from and to the UK. That means fewer visitors to the UK, which destroys jobs in our tourism, aviation and hospitality industries - and chokes off opportunities for young people at a time of exceptional youth unemployment," the airlines added.

Caribbean countries as well as the Caribbean Tourism Organisation have been lobbying London to revise the fiscal measure.

Grenada's Tourism Minister Peter David described the measure as not only negative but discriminatory. "How can they impose the same measure for both the Caribbean and the United States?" he asked.

The APD, instituted in 1994, is a British environmental tax, aimed at offsetting aviation's carbon footprint. In its initial stage it was set at £5 (US$7.85) per person.