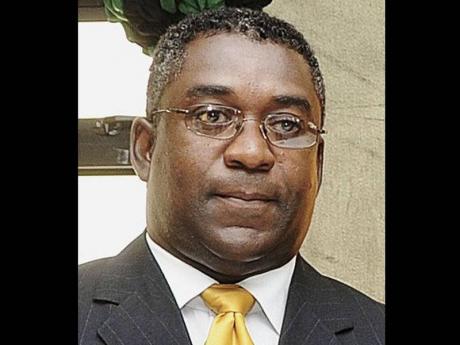 The Private Sector Working Group (PSWG) has made a number of proposals on tax reform. Several institutions have responded to the group. Below is a response from the PSWG in relation to the Bustamante Industrial Trade Union's comments.

THE BUSTAMANTE Industrial Trade Union president Senator Kavan Gayle, has raised a number of issues in the media on which he seeks clarification relating to the Private Sector Working Group's (PSWG) Proposal on Tax Reform.

We are happy to engage in the discussion, and are pleased that Mr Gayle has taken the time to carefully consider the issues and share his concerns. We offer these responses, which may be of interest to your wider readership, as we, like the senator, are convinced that this is the best approach to the matter, given the need to seek consensus as quickly as possible. Consensus within the group was not easily reached, but all recognised the need for compromise in the interest of Jamaica.

The measures have been finely calibrated to work one with the other, and for this reason, an adjustment to any measure would throw the balance off. This is why we suggest that the proposal be taken as a whole, as change in any one area would require revisiting the proposal in its entirety.

This does not mean that there is no room for further refinement of the proposal, but this exercise should be carried out keeping in mind the need to maintain the integrity of the whole proposal. Though the senator raises very complex issues, we will respond to his main concerns in detail.

First, we did carefully consider the impact of a revenue positive ($7.29 billion) reform on employment, social stability, aggregate demand and output, using a Computable General Equilibrium Model (CGE Model) to assess the impact of the various reform options reviewed. Here a number of points are relevant:

The combination of PIT and payroll tax reforms will increase the disposable income of 267,000 lower income pay as you earn (PAYE) wage earners in the amount of $2.8 billion. Given the higher marginal propensity to consume at lower income levels, this measure is likely to impact positively rather than negatively on aggregate demand. While higher income PAYE wage earners will face increases in tax liabilities, the effects are small enough as to unlikely affect spending patterns.

The reform provides for $2 billion in social welfare transfers to the poorest 40 per cent of the population, allowing persons in this category to maintain and increase their existing consumption patterns.

The effect of the removal of General Consumption Tax (GCT) exemptions on general price levels will be moderated by the reduction in the headline rate of GCT from 17.5 per cent to 12.5 per cent, as well as the removal of the customs user fees, EL and Standard Compliance Fee (2.8 per cent in aggregate) at the ports, which will produce a stimulus in consumption through overall price reductions. Price level increases on basic food items will also be moderated by the ability of wholesalers and retailers to fully recover GCT input tax credits on raw materials and overheads.

Investment, output and employment growth is highly incentivised by this reform package through a combination of lower tax rates and compliance burdens and specific incentives provided for job creation.

The tax reform provides a greater level of certainty on the part of investors across the board who will no longer have to rely on discretionary waivers by the minister which are arbitrary and not available to those investors with "less access".

Finally, the reform proposals call for the monetisation or repayment of outstanding arrears in respect of withholding taxes and GCT refunds owed to taxpayers in an amount in excess of $12 billion, which will provide a one-off fiscal stimulus that will serve to counteract the additional revenue take from the economy.

In the second place, concerning personal income tax, the PSWG was challenged to propose measures that would go some way towards improving the equity and progressivity of the system while not sacrificing too much in the way of lost revenues. Therefore, the elimination of the existing threshold and replacing it with a $499,000 income exemption limit must be assessed in conjunction with other measures:

Introduction of a second lower rate of income tax at 15 per cent applicable to earnings up to $1.1 million; and

Senator Gayle also questions the reason for the steep reduction in corporate taxes, from 33.33 per cent to 15 per cent. In fact, the rate at which corporate earnings will be taxed under the revised regime is equivalent to the 25 per cent top rate of personal income tax. This is so because in addition to the 15 per cent corporate income tax, companies will also be liable to a newly imposed 10 per cent dividend withholding tax upon distribution of their earnings.

This design was driven by the need to:

establish a competitive rate of CIT when benchmarked against our key regional competitors (who also currently offer a range of sectoral incentives which are proposed to be removed in the case of Jamaica);

offer an attractive alternative (when combined with other indirect tax reforms proposed) to sectors which are currently incentivised and offer no CIT contribution. This is particularly urgent, as Jamaica needs to fulfil its treaty obligations to the World Trade Organisation to offer an alternative to existing export-driven incentives by 2015 (especially for the goods-producing sector);

pursue a key broader objective of lowering tax rates and broadening the tax base;

stimulate Jamaica's indigenous private sector so that local businesses (whether large or small) can play their key part in economic development alongside foreign direct investment (FDI) attracted to the country;

incentivise companies to reinvest profits in their businesses for expansion; and

incentivise greater levels of tax compliance by companies (along with strong administrative measures).

Finally, on the issue of ministerial discretion, specific criteria have been identified on the basis of which waivers may be granted. These relate to charitable institutions, and instances in which the Government's international contractual arrangements have not yet expired. We believe that equity and transparency must be the basis on which such decisions are made. There should not be special privileges granted to those who have access.

We recognise that not all 145 measures can be addressed adequately in the press, but we hope that this serves to clarify some of the concerns raised. We would welcome the opportunity to further examine the issues with Senator Gayle at his convenience. We are convinced that our proposal best promotes equity, simplicity, efficiency and growth for Jamaica and Jamaicans.