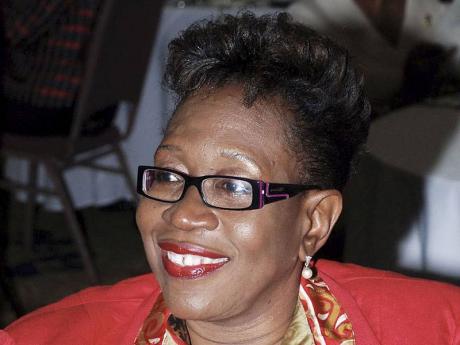 The following is a response by Director of Public Prosecutions Paula Llewellyn to the editorial dated Sunday, March 11, 2012 - 'DPP must confront the crisis'.

THE EDITORIAL described the Office of the Director of Public Prosecutions (ODPP) as being typified by a "lack of energy", "organisational malaise" and "dithering". This it asserts is evidenced by its handling of cases in general and corruption cases in particular. For the undermentioned reasons, the ODPP maintains that these criticisms are unfair, uninformed, unfounded and without sufficient evidential basis.

Since my appointment as director of public prosecutions (DPP) in 2008, I have worked, and continue to work, assiduously in creating a team DPP that works fairly, conscientiously and fearlessly in addressing our mandate which largely concerns the prosecution of matters at the level of the High Court. Notwithstanding the severe resource challenges, the ODPP strives to enhance operational efficiencies in the several units in the office and to create an environment where the staff is fully motivated. In four years, the number of crown counsel now at the ODPP has moved from 30 to 43. Enhancing efficiencies at the ODPP continues to be a work in progress.

As DPP, I am administratively in charge of crown counsel on the ODPP's staff establishment and therefore supervise, instruct, direct and assign all crown counsel, including our Deputy DPP Dirk Harrison, who under my direction and instructions prosecute in cases including matters pertaining to the Corruption (Prevention) Act and the Parliament (Integrity of Members) Act.

The trial of matters generally is fuelled not only by the will and capability of the prosecutor, but is also influenced in no small way by other variables such as factors pertinent to the other stakeholders in the trial process, resource constraints, availability of witnesses, and the peculiar factual circumstances of each case. In the interest of justice, the ODPP at all times must strive to exercise the best discretion in determining which matters to continue and which matters to discontinue. The age of a matter is only one of the factors that must be considered. More so, the burden is greater where the safety of witnesses is at stake.

The editorial continued by asserting that "there is a broader perception that the DPP lacks sufficient aggression in pursuing corruption cases", juxtaposing reference to the handling of aspects of the investigations concerning the former MP Mr Joseph Hibbert as an example of this.

First, the majority of corruption cases are not handled by crown counsel from the ODPP. These cases are generally prosecuted by clerks of court before resident magistrates. The ODPP uses its constitutional power to intervene in cases which meet specific criteria for appearance by us. This falls between five per cent and 10 per cent of all such cases islandwide. Furthermore, as part of operational efficiency, one of the internal units within the ODPP specialises in these matters.

Though the ODPP offers guidance, makes recommendations and assists clerks of court on request in the prosecution of cases, please note that pursuant to the Judicature (Resident Magistrates) Act, the DPP has no administrative authority to assign clerks of court to cases or to manage the pace and rate of prosecutions within the resident magistrates courts.

Second, citing the matter involving Mr Hibbert to support this assertion is quite unfortunate. You may recall that your publication received a media release in relation to the handling of the Hibbert matter dated October 21, 2011, which carefully listed the chronology of events arising in connection with this matter. In that release, we indicated that we actually sent draft documentation with a senior deputy director of public prosecutions to the United Kingdom in order to consult with our colleagues at the Serious Fraud Office. The allegations of "incompetent management" are without merit as this matter is still being investigated by the police and is not yet ready for prosecution.

From time to time, we have received commendation from our English, American, Canadian and other partners for what they have found to be our efficient handling of their matters involving Mutual Legal Assistance and Extradition by this Office. Our handling of the Hibbert matter met no lesser threshold.

I will always respect the right of anyone to criticise my office and me. However, I would implore the writer of this editorial and other members of the media fraternity not to sacrifice professional standards and accuracy on the altar of expediency.