All companies should file tax returns 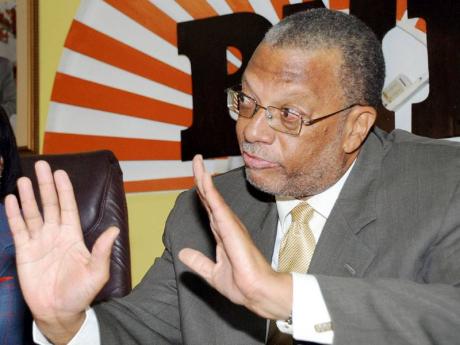 Phillips ... If you not doing business, then no taxes would be due.

THE PRIVATE Sector Working Group has suggested that all registered companies in Jamaica be mandated to file annual income-tax returns.

The suggestion, which is contained in a submission to Parliament's special committee on tax reform, comes amid what the group said is revenue leakage from the country's coffers due to most companies failing to file returns.

Joseph M. Matalon, spokesperson for the group, told Parliament's tax committee yesterday that some 62,477 companies are registered in Jamaica, 17,000 of which are registered for income-tax purposes.

"Of those 17,000, only 6,000 or approximately 10 per cent of the entire registered company population actually file tax returns on an annual basis," Matalon said.

"We estimate that approximately half of those filings return nil returns. The implication is that only about 3,000 companies, that is about five per cent of registered companies in Jamaica, pay any tax at all," he added.

However, Norris Miller, deputy financial secretary, told the committee that not all of the companies that are registered with the Companies Office of Jamaica are doing business.

"You have some companies that have formed associated companies just to hold assets," Miller said.

In the meantime, Dr Peter Phillips, the minister of finance and chair of the taxation committee, said Parliament should require that all companies on the roll file returns.

"If you not doing business, then no taxes would be due. But simply to be there and nobody knows what you are doing, it is simply to provide a very great cover for those who avoid taxes," Phillips said.

Miller meanwhile recalled that, in the 1990s, the Companies Office used to send a list of all the registered companies to the finance ministry.

Phillips said it was a matter that must be resolved and suggested there should be a minimum payment by the companies to cover the Government's cost of examining the returns.