Germain could return by month end 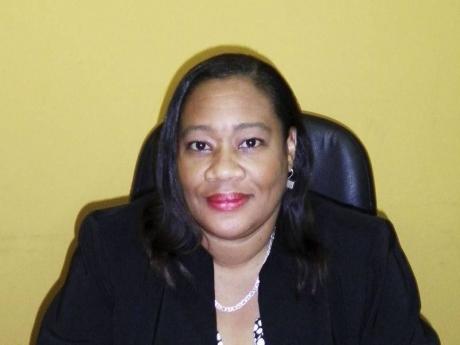 Valerie Germain, the president of the Pharmaceutical Society of Jamaica who was interdicted and removed from post last November, remains off the job.

It appears, however, that the she could return to her job by the end of the month.

Minister with Responsibility for Information, Senator Sandrea Falconer, has indicated that the interdiction of the government pharmacist is expected to be resolved soon.

"The prime minister gave those instructions, but there are some issues with the commission that deals with civil servants, and those are being dealt with. And Mrs Germain, the issue with her should be resolved in short order ... . I think by the end of this month," Falconer said in response to journalists at Wednesday's post-Cabinet press briefing.

During the interview, Germain said the then Government was breaching its own laws by allowing pharmacy technicians to dispense and compound drugs without the supervision of registered pharmacists.

Following the comments, Germain was sent home and the health ministry launched a probe. The scope of the probe was never made public, and she was removed from her job.

The issue became a hot-button topic during the general election campaign when the then Opposition took the matter to the political platform.

Issues to clear up

Then Opposition Leader Portia Simpson Miller had promised that, on taking office, she would have the matter resolved. However, at yesterday's press briefing, Falconer said there were issues holding up Germain's reinstatement.

"She (Simpson Miller) asked that the matter be resolved with dispatch ... . There were some issues. I will not go into the issue. I don't think it is appropriate, and the issues will be resolved in short order," she stressed.

The pharmaceutical society has maintained that Germain was speaking in her capacity as the head of a professional association and not as a government worker. It has also claimed that the action against Germain was aimed at muzzling the group.