ECJ moves to ease access to polling stations for disabled 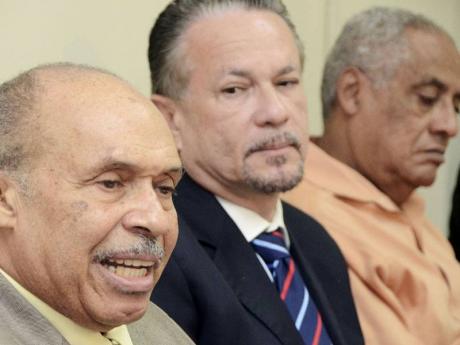 The Electoral Commission of Jamaica (ECJ) has taken steps to provide the disabled community with greater access to polling stations in the March 26 local government elections.

ECJ Chairman Professor Errol Miller said yesterday that the number of polling stations accessible by staircase has been reduced from 362 in the December 29, 2011 general election to 162 in the upcoming parish council polls.

This move will allow disabled voters to gain easier access to polling stations on election day.

The number of tents used in the recently held general election has also been reduced from 140 to 55 in the local government polls.

In the December 2011 national polls, concerns were raised that some electors were seen voting openly under tents pitched by the Electoral Office of Jamaica (EOJ).

Miller told journalists during a press conference yesterday at the ECJ's headquarters on Red Hills Road in St Andrew that the total sum to be spent on the upcoming election would be $400 million less than the amount expended for the December election.

The EOJ's budget for the local government polls is $900 million compared to the $1.3 billion spent for the general election.

"There is a significant saving because we are already mobilised in many areas, purchased the equipment and so on," Miller explained.