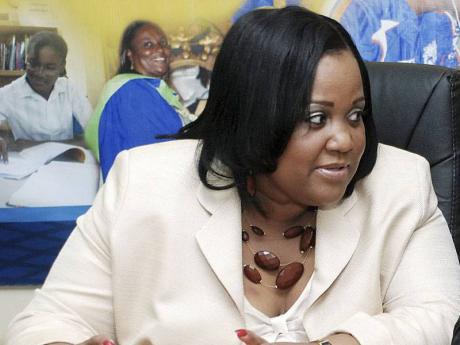 The Leila Robinson Courts will receive a major facelift before the end of the year, says minister without portfolio in the Office of the Prime Minister with responsibility for sports, Natalie Neita-Headley.

The courts were earmarked for repairs by the previous administration as part of plans to mark Jamaica's 50th anniversary of Independence. These plans were thrown into doubt, however, after the current administration launched a special audit of the expenditure into the national celebrations.

However, the Government has recognised the urgent need for repairs to be made to the popular netball facility and things are already in motion to address the situation.

"I am pleased to announce that the Sports Development Foundation (SDF) intends to provide assistance with the refurbishment of the Leila Robinson netball courts this year," Neita-Headley disclosed yesterday while speaking at the press launch for the University of Technology (UTech)/Jamaica Netball Association (JNA) advanced level-one netball coaching certification course at UTech's Faculty of Sports and Science Conference Room.

"The project has already gone through the allocation committee and is slated to be one of the projects undertaken this year - not next year, this year," she reaffirmed.

Though not in a position to state exactly when the project will commence, Neita-Headley disclosed that it is now for the SDF to determine procurement guidelines.

The minister, who personally visited the courts, which are utilised by a number of players, as netball is the most popular female sport locally, is of the view that the women are at risk of being injured.

"I believe the young ladies could be hurt by what is there now and, therefore, we hope to be able to address and alleviate what is fast becoming a very hazardous situation for the young ladies," Neita-Headley revealed.

Major Desmon Brown, general manager of Independence Park Limited (IPL), which manages the National Stadium facility, has been quoted as saying it will cost between US$30,000 and $45,000 each to resurface the four netball courts. The figure would rise significantly if the wooden benches were to be replaced with aluminium structures.

Another project that is set to come on stream before the end of the next fiscal year is the much-talked-about museum and wellness centre, with a home for the latter already identified.

"The development of the concept is already in place and the prime minister has asked me to drive the process and ensure that it gets done in this fiscal year," Neita-Headley disclosed to The Gleaner. "The wellness centre is one which must include all the stakeholders who will have an involvement in making sure that it is a centre that caters to all aspects and all needs of the athletes."

The wellness centre will be housed in a building already owned by the Government on Argyle Road.

Neita-Headley further disclosed that a Sports Marketing And Research Team (SMART) is being formed. The team's main focus will be to see how best sports in Jamaica can add to the country's economic development.