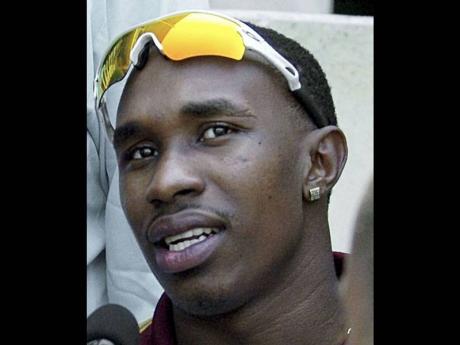 Enthusiastic all-rounder Dwayne Bravo has been named vice-captain of the West Indies team for the upcoming Digicel one-day international (ODI) series against Australia.

The 28-year-old replaced wicketkeeper/batsman Denesh Ramdin, who suffered a fractured right thumb and was replaced in the 13-man squad by Carlton Baugh.

"I was away from the team since last year and I'm happy to be back in the maroon shirt and representing the people of the West Indies," Bravo said. "It is special to be back on the team for a series in the Caribbean, where most of my fans are and where I get a lot of support. I'm looking to make this year a big year. I want to make 2012 my year."

Bravo is making a return to the team after an absence of more than six months. He last played for the Windies against India in the Digicel one-day series last year.

Bravo is now in his ninth year at the international level and has played 117 ODIs, making 1,910 runs and taking 136 wickets. He has led the West Indies before - including one Test match - against South Africa at Durban in January 2008.

Speaking after Wednesday's training session at the Arnos Vale Cricket Ground, Bravo noted: "I am happy to be named vice-captain. When I was asked to do the job, I happily accepted. As vice-captain, I know I have a very important job to do. The main part of my job is to support captain Darren Sammy and work alongside him and help my teammates, and put in those major performances for the team."

He added: "We have a very young team and, as one of the senior players, I have to step in and make my presence felt. The fire is still blazing in me. I will be bringing the same level of enthu-siasm and commitment that I always had. That is the only way I know how to play - by giving my all to the team."

West Indies will have another training session at Arnos Vale this morning. The first Digicel ODI will be played tomorrow at the same venue. First ball is 9:30 a.m. (8:30 a.m. Jamaica time).