Joy for VCB, tears for Lerone 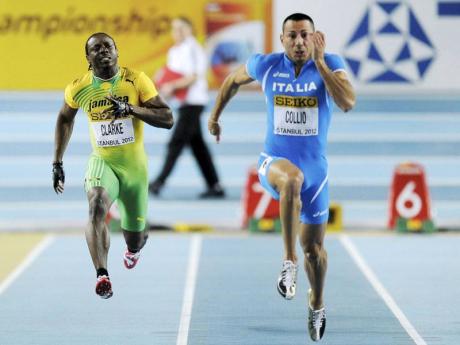 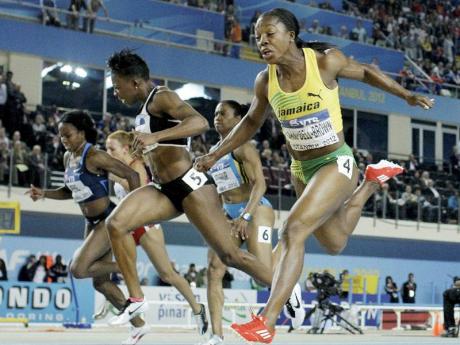 Veronica Campbell-Brown (right) crosses the finish line ahead of Ivory Coast's Murielle Ahoure (left) as Campbell-Brown wins the gold medal in the women's 60-metre race during the World Indoor Athletics Championships in Istanbul, Turkey, on Sunday.
1
2

As soon as she crossed the finish line in Istanbul, fans once again crowned Veronica Campbell-Brown (VCB) queen of Jamaican sprinting. Her successful World Indoor Championships 60-metre title defence continued her brilliant career and made us forget the ill that befell Lerone Clarke.

Clarke arrived undefeated but left with nothing. A faulty sound system made it impossible for him and many others stationed in outer lanes to hear the sound of the starting mechanism. His dream of adding the World Indoor title to his Commonwealth and Pan-Am crowns died in the first round.

Thankfully, Nesta Carter ran steadily to second place behind a sharp Justin Gatlin, who continued his rebound from a drug suspension.

Though he has helped to set world records in the 4x100 and has Olympic and World Championships gold for his efforts, it was Carter's first individual honour at this level.

He paved the way for VCB. Slow at the start of the women's 60-metre final, she had the throttle wide open at the end. She arrived just in time. It was close, but no one was really worried about the outcome. Veronica, after all, is simply Veronica.

Fastest time of the season

Typical of her big championship mettle, she clocked her fastest time of the season, 7.01 seconds, and the second-fastest of her career. Her best indoor 60 - 7.00 - was produced in the 2010 final.

VCB, Carter and Clarke must now look outdoors toward the next important stop on the road from Daegu to the London Olympics. On her Istanbul form, Queen V seems ready for a showdown with the likes of Olympic 100-metre champion Shelly-Ann Fraser-Pryce and joint silver medal winners Sherone Simpson and Kerron Stewart at the Jamaican Championships.

Kimberly Williams triple-jumped into a major final for the first time. Even though she was in Berlin at the 2009 World Championships, Istanbul was her first real chance to rub shoulders with champions like Yargelis Savigne of Cuba and Olga Rypakova of the Ukraine. That's bound to help her confidence.

There are some who won't feel good about Jamaica's performance. For them, two medals are too few. It's a good thing they weren't watching when our athletes came home without a single medal in 1999.

That's water down the drain. So are the missed medal opportunities in the men's 4x400. As suggested last week, Edino Steele, Dwight Mullings, Ricardo Chambers and Dwight Barrett would have been a capable unit, if they had been available, since all have indoor experience to go with their speed. In Jamaica's absence and after the withdrawal of the powerful Bahamas, Trinidad and Tobago took third.

That isn't such a big deal in an Olympic year. VCB and Carter have made good starts, with Bailey and Williams also marking the register. Clarke has got his bad day at the office behind him.

He has the toughest job of all, making the deepest sprint team in the nation's history. That challenge awaits Clarke and all the other 100-metre team candidates at the National Championships in June.

An improvement on his 100-metre personal best of 9.99 seconds is on the cards. On the other hand, he will have to train carefully to get ready again. He had a long season last year, running into October to win the Pan-Am gold and was up to speed early this year. Nevertheless, he can take his fine pre-Istanbul indoor season as encouragement.

No one will leave Istanbul more encouraged than VCB. She came. She sped. She conquered.