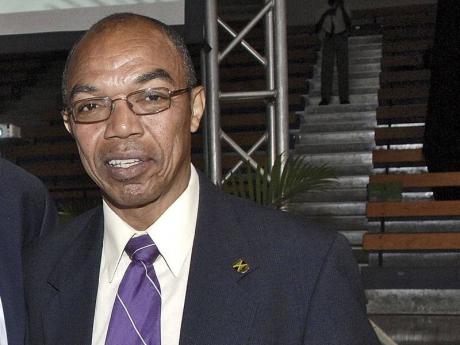 Campbell-Brown repeated the feat she achieved two years ago in Doha, Qatar, as she came from behind to attain victory in a world-leading time of 7.01 seconds.

"I am very happy with her performance," Blake shared while speaking at a press conference held on Tuesday to announce the renewal of the endorsement deal between Shelly-Ann Fraser-Pryce and Grace Foods and Services at the company's head office.

"Veronica has always come through. She has been a real champion for Jamaica and she performs when she is expected to perform."

He added: "I think she is really a true champion; she has gotten gold at almost every level she has competed at and she keeps on coming through again and again for Jamaica."

Blake is encouraged by the early-season showing of Campbell-Brown and the other top athletes and believes that, health permitting, it is going to be a very good year for the island in track and field.

"Our athletes seem to be doing very well as all the top athletes who have been performing outdoors so far are doing what is expected, and I am really trusting in their coaches that they will prepare them as they should for this big year," Blake expressed.

"Veronica has shown her season form in the World Indoors by doing very well ... Shelly-Ann has also been doing well in her outdoors meets, Asafa Powell and the others have all been doing well, and I think once the athletes stay healthy Jamaica should have a very successful year," he added.

Blake is not perturbed by the fact that defending Olympics men's 100m and 200m champion, Usain Bolt, is yet to feature in a competitive race this season.

"I have spoken to his coach and he is not concerned; it is part of his programme, so I am quite happy to go ahead with what the coach says," Blake pointed out.

Blake, who was appointed to the post of JAAA president in November of last year, revealed that all is in place to host Jamaica's contingent at the London 2012 Olympics Games in Birmingham, England, later this year.

"Birmingham is on track; we have been up there, we have looked at the accommodations and the facilities that the University of Birmingham has laid out for us and everything is in place," Blake revealed.

"In fact, the leader of the Birmingham City Council, Mike Whitby, is going to be coming to Jamaica later this month and he will be taking in a couple days at the Boys and Girls' Champs. He also wants to enter into a treaty of friendship with Jamaica, and we are putting the final touches on that as we speak," he added.