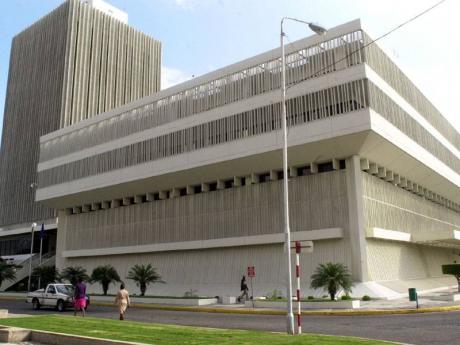 The Bank of Jamaica

The Bank of Jamaica (BOJ) has advised the Jamaica Co-operative Credit Union League Limited (JCCUL) to delay the launch or offer of the Jamaica Credit Union e-Payment Services (JCUES) until it completes an assessment of the new service.

JCCUL said the digital payment system was created for its near one million members in 40 credit unions nationwide.

On Wednesday, the BOJ said in a statement that as the regulator and supervisor of clearing and settlement systems under the Payment, Clearing and Settlement Act 2010, the new service would need its approval.

"The public is asked to note that Bank of Jamaica has not received, assessed or signed off on the documentation and systems supporting the services proposed to be offered via JCUES," said the central bank.

"This would be necessary to ascertain whether any underlying risks are appropriately addressed. The bank has directed that the participants not proceed with the launch or offer of these products."

JCCUL, in a statement yesterday, said the new service represented another in a series of electronic services already offered by credit unions and therefore "saw no need, initially, to seek additional permission from the regulators to introduce that access point."

However, it said it understood the position taken by the BoJ and has advised it that the JCCUL "will not offer the product to our members prior to being advised of the BoJ's conclusion of its assessment of this service."

The e-payment system is not the only one available locally. In October 2011, Scotiabank Canada launched a mobile phone app for smartphones in its 20 Caribbean markets.

"Mobile penetration in the Caribbean tells us that smartphones are becoming a larger part of our customers' lives and we want to be in step with this evolution," said Gale Geddes, Scotiabank's vice-president of Self-Service Banking for International Banking, at the time.

The Scotiabank app allows customers to check their account balances and transaction details, pay bills and transfer money between accounts.

Credit unions are currently self-regulated, but are being brought under the umbrella of the central bank. The process has created tensions between the two groups.

JCCUL, an umbrella organisation which represents 42 of Jamaica's credit unions, functions as the de facto overseer of the J$66-billion sector.

The JCCUL e-payment system was developed by Mozido - a United States-based global technology provider of a low-cost, multi-channel financial services.

Phase one of JCUES was slated for launch on March 23, through Jamaica Police, C&WJ, St Catherine, Montego and Churches credit unions, which together operate a total of 20 branches.