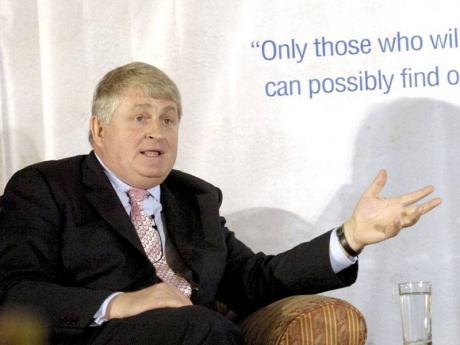 Last year, the telecoms tycoon and self-made billionaire was worth US$4.2 billion.

He remains the second-richest man in Ireland behind 82-year-old construction magnate Pallonji Mistry, whose fortune was estimated at US$9.7 billion on the Forbes list of billionaires for 2012.

His holdings include Digicel, which does business in the Caribbean and the Pacific, as well as radio stations and a hospitality property in Europe. He also owns online recruiting sites in China, said Forbes, and created a non-profit organisation called Front Line to fly activists out of harm's way.

O'Brien's Digicel operation is headquartered in Jamaica. The company is completing construction on new headquarters on the Kingston waterfront, and elsewhere in the region, Digicel is investing in a new US$45-million hotel to be managed by Marriott under agreement with Digicel Group subsidiary Unigestion Holding SA.

Digicel is also finalising its exit from the Central American market, having sold out to Carlos Slim's America Movil while acquiring the Mexican company's Claro Jamaica operations.

Slim remains the world's richest man on the Forbes list, but his fortune fell from US$74 billion to US$69 billion. Bill Gates, US$61 billion, and Warren Buffett, US$44 billion, round out the top three.