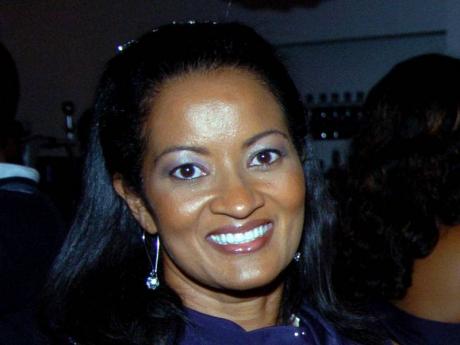 Richard Lake's Restaurant Associates Limited, the owner of Burger King and Popeye's chicken franchises in Jamaica, is refreshing the look of all its stores.

It is spending J$36 million per store on upgrades and will open another two Burger King restaurants in 2012, according to marketing manager Denise Dixon.

The new stores will likely operate from lease premises, and will represent investment of J$88 million, Dixon said.

The franchise operator did not put a cost to the store refurbishment project, but at the quoted average spend of J$36 million, the price tag for the first seven stores named would amount to J$260 million.

The bill for all 28 stores would run to J$1 billion.

Dixon said the project would extend over two years.

The 26-year-old company has also cuts costs, hiked prices, and changed suppliers in the past year in a bid to maintain profitability.

Dixon said Tuesday that the recently implemented price increases across the Burger King menu board resulted from spikes in input costs, ranging from seven per cent for beef to 122 per cent for tomatoes.

Meals were increased by J$30 to J$50, pushing the most expensive sandwich combo to J$610. Dixon said the markups across the board averaged nine per cent.

Increases are pending at Popeye's, she said.

The company suggested that price hikes would have been higher had it not cut some operational costs.

"We have cut costs in freight, warehousing and delivery charges, as well as made changes to our suppliers of some food items, for example chicken patties," said Dixon.

"We have spent an average J$36 million per store to upgrade and refurbish, including new equipment. In the last 12 months, we have upgraded or refurbished our May Pen, UTech, St James Street, West Parade and Mandeville stores."

The Ocho Rios and Cross Roads stores are next in line for upgrades and the two new stores are to be commissioned before yearend, the marketing manager said.

Effective March 8, the least expensive Burger King sandwich meal, the whopper combo with cheese, was repriced at $485 up from $455, while the highest priced burger meal, double whopper with cheese, costs J$650, up from J$600.

"Burger King's last general price increase was in January 2010. Since then, some of our suppliers have increased their prices to us more than three times," said Dixon, quoting the list as: tomato 122 per cent; bread 25 per cent; coffee 21 per cent; packaging 20 per cent; milk 21 per cent; bacon 18 per cent; electricity 23 per cent; soda 12 per cent; and beef 7 per cent.

Dixon said price increase at Popeye's are likely to be "at the same level" - nine per cent - as Burger King.

Restaurant Associates introduced a customer loyalty programme in February as well as new 'brand advertising campaign'. The loyalty programme offers a free meal after the purchase of seven meals priced at J$500 or more within one month, free desserts when meals are bought during particular hours of the day on certain days, and discounts on BK-branded products, including watches.

"Additionally, we plan to introduce new products to our menu, including some local items," Dixon said.

As a privately held company, Burger King does not disclose the financial performance of its fast food stores.

Its website notes that the Burger King store located in Half-Way Tree, opposite the Transport Centre, is its number-one seller. The store has operated since 1987, four years after the founding of Restaurant Associates.

The international chain Burger King Holdings Inc was sold out in September 2010 to private equity firm 3G Capital Management with no obvious disruptions to the Jamaican operations.

"BK International has unrolled a 2020 vision statement which we are trying to work towards. We are trying to move to a 2020 look," said Dixon. "All the stores will have elements of this look, a project to be completed in two years. It will create a friendlier dining experience."