5 Questions for ...Chris Zacca on his reincarnation 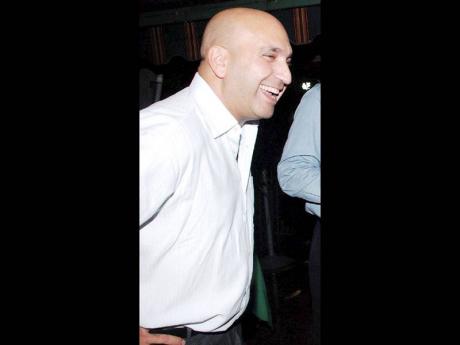 Christopher Zacca, who has spent a lifetime in business, was reincarnated two and a half years ago as a public servant. But the jobs he has taken on were no less complex, including his current role as project lead on developing a LNG market for Jamaica. He retains that job even with the change of administration.

Zacca has faced difficult assignments before, including running the loss-making Air Jamaica among other assignments handed to him by former boss Gordon 'Butch' Stewart. His track record as a business executive, built up over two decades at Desnoes & Geddes Limited and the ATL Group, also qualified him for the elite club of persons elected to head the premier lobby for corporations, Private Sector Organisation of Jamaica.

He could have chosen the legal profession in the footsteps of his father, the former chief justice Edward Zacca, but opted instead for a path littered with formulas and computations - or as he put it, the "technical stuff". 5 Questions delves into the personal side of Zacca that led him to those choices.

Why not a career in law?

My father was a judge. He always told us to do whatever you think you would like to do. I had my love for the sciences and math. I was not into the reading and humanities side.

So because of my love for the sciences, technical stuff and hands-on stuff I went into engineer. And the love for engineering at D&G and the ability to get into management really kept my love.

I didn't want the legal profession because it is more one-on-one and as a judge you are basically on your own.

How has your education shaped the man you have become?

I had this love from primary school; that's how my brain is wired. I went to Campion High School. From then I had the preference and tendency to be hands-on - figuring out solutions to problems.

I did my first degree at Massachusetts Institute of Technology in mechanical engineering, then worked for eight months as a trainee at Desnoes & Geddes in 1979. I went back to do my master's degree because, at the time, Jamaica was going through a very turbulent period, prior to the 1980 election, and my father counselled me that it was better to do a second degree to hedge my chances based on what was happening in Jamaica. It was a very difficult period.

I went to University of Florida to do my masters and by the time I came back in 1982 the country had stabilised. Education just reinforced my love for engineering and turned me into the man I am today.

Why didn't you go into business for yourself?

I had a couple of side businesses during the 1980s and 1990s. My first business I went into with some guys - we built satellite dishes. We did this until about 1990. It was pretty exciting. We were doing pretty well but it was a little side business. I just provided funding. It was something I invested in rather than run myself.

The satellite dish business went away by itself. When I went to work at Caribrake I was there full time and that job needed my undivided attention. I have been in many businesses, but as a silent partner.

I had 18 good years between Caribrake and ATL. I rose to the very executive level of the group. I learnt a lot and I met some great people and I don't have any regrets about it.

I like the idea of venture capitalism where you just bring money into the business. A lot of the venture-capital type firms are more financial where they are usually raising money to put into business that need capital that have great ideas. I think the missing link has been the ability to bring management expertise and form proper management teams.

Why the switch to the public sector; what's next after the LNG project?

I left the private sector in September 30, 2009 and joined the government as special adviser to the Prime Minister in October 1, 2009, and it came out of a desire to do something different.

If I say 'give back', it may sound corny because everybody says that. It was more a desire to go into another sphere of life. I wanted to experience government. I wanted to try to improve some of the things I thought could help the country.

At the end of 2010, the PM - Bruce Golding - said to me, 'can you chair'. I was available and I readily agreed to the request; that is how I became chairman of the LNG Steering Committee. I ended up staying as chairman under the new government.

It is a voluntary position; I don't even earn one dollar from it.

I was in management and engineering for some time and eventually I went up into senior management. I worked at D&G for nine years and when I left there I left as a vice-president for engineering for the entire plant.

At D&G you couldn't be president, because it was a family-owned business. I left there when I got an offer to be managing director of Caribrake.

After 10 years, I graduated into top management. I became more commercial and I gradually moved away from engineering.

The government thing is a new tide for me - part of a building process.

This is a new phase where I am going to invest in some new businesses. I believe a lot of businesses can benefit from both capital injections and better management skills.

LNG is my national service. It is extremely important that we get a cheaper energy source. But while I am volunteering as head of the LNG committee I am investing in new businesses.

I think there is a lot of opportunity for what I call venture capitalism. So really there is nothing after LNG; LNG is just one thing among many.

Is there any point at which career may take precedence over family?

One of my daughters is at Johns Hopkins University in the PhD programme studying chemical engineering. I had nothing to do with that. Just like my father, I allow my kids to make up their mind about what they want.

I think you always have to balance the two. So I think a successful family helps a successful career and vice versa. I don't believe you should ever let your career take precedence over your family, I think there should be a balance.

If you are going to be successful in business you can't be a total family person. You have to work with your family for them to understand the importance of your business and the time you have to spend with it. Whether you own it, or as an employee, I believe you have to be totally committed to the business.

The word balance is hard to define but the meaning of it is that you don't carry either one too far. To be a successful businessman, you have to spend a lot of time and focus on the business, but you must balance it out, and you have to have family members who understand what you do and who see the importance of what you are doing.