US bond float to be done in 3 years 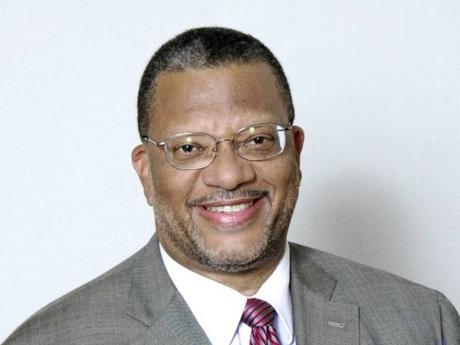 A senior technocrat in the Ministry of Finance, Planning and the Public Service said the Jamaican Government's plans to issue up to US$1 billion (J$87 billion) in debt on the US market would be done over a three-year period.

The intention to raise the funds was made by Government earlier this month to the US Securities and Exchange (SEC) but it did not reveal a timeline. The timeline means that Government won't try to raise the amount in a year and, therefore, ease its debt appetite.

The Government recently registered with the SEC its plans to float the debt.

It produces annual reports to the SEC outlining developments in the island's political economy in order to inspire investor confidence for its international funding activities.

"The recent application to the US SEC was to replenish the shelf to the amount of US$1 billion existing prior to the February 2011 issuance," explained Pamella McLaren, senior director, Debt Management Unit in the Ministry of Finance, Planning and the Public Service in a statement to the Financial Gleaner yesterday.

"This will facilitate US dollar debt issuance on the international capital markets over the next three years," she said.

The Government stated in a prospectus signed by Finance, Planning and Public Service Minister Dr Peter Phillips that the funds would be used for budgetary requirements.

The most recent issue on the international capital market was on February 14, 2011 through the re-opening of an existing US$350 million eight per cent note due 2019 for an amount of US$400 million, McLaren further explained.

"Given this issuance, the amount on the shelf was reduced to US$600 million," she said, adding that the recent application to the US SEC would replenish the shelf to the amount of US$1 billion.

In December 2001, the Government filed a schedule registration statement with the SEC for US dollar bonds to be issued in the international capital markets. The statement was declared effective on February 26, 2002. This was followed by the establishment of a US$700-million "shelf" registration programme.

The head of a top investment house, who spoke on condition of anonymity, said the move reflected a shift by Government to tap deeper into the US market amid the tightening up of the euro bond market as the European debt crisis plays itself out.

The equivalent of US$259.6 million of euro bonds, part of Jamaica's external debt, are due to mature this year.

The investment house source added that the maturing euro bonds were largely bought by European account holders, and since Jamaican institutions have little euro liabilities, local appetite would be weak for bonds denominated in euro currency.

The SEC registration follows the announcement last week that Jamaica, with the help of the World Bank, also plans to structure a Diaspora bond to raise development funds for investment in education and health, but would also be potentially used to retire debt.