No economic citizenship programme on my watch - Gonsalves 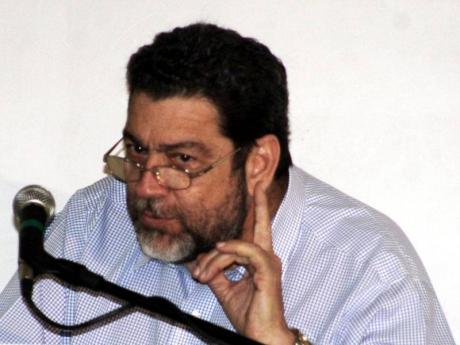 St Vincent Prime Minister Dr Ralph Gonsalves has a message for nationals. If you want to re-introduce an economic citizenship programme in the country, it will not be under his watch.

"I know once I am prime minister, once the ULP (Unity Labour Party) is in office, nothing like that is going to take place," Gonsalves told reporters.

"I, therefore, state unequivocally to Mr (Arnhim) Eustace, (Opposition Leader) when you go to Antigua or anywhere else to hold discussions with your financiers in relations to matters which undermine our soul, our sovereignty and independence and sell our birth-right of citizenship and our passport, it is my business," Gonsalves further said.

Eustace has already indicated that his New Democratic Party (NDP) favours such a programme and also acknowledged travelling to Antigua last week.

But, he said, the meeting in St John's was not about the economic citizenship programme and whatever discussions that took place regarding his party had nothing to do with the prime minister.

Gonsalves said the citizenship of St Vincent and the Grenadines "is sacred and the passport is the outward side of the inward grace of citizenship".

He noted that Canada has imposed visa requirements on Grenada and Dominica because of their economic citizenship programmes.

"When you start to sell your citizenship, you will sell anything," he said, adding that selling citizenship "undermines the integrity" of the very citizenship.

He warned that other countries would also regard nationals "with jaundiced eyes if you go about selling your citizenship.

"So a passport is something of great value to our citizens. It facilitates them going places to get jobs, and when they line up before the immigration, people know that this is a passport which is not sold. You carry it with dignity and pride."

He said he was "glad" that the NDP had "reconfirmed yet again that they want to sell the passport.