Paulwell and the 'impurist view' 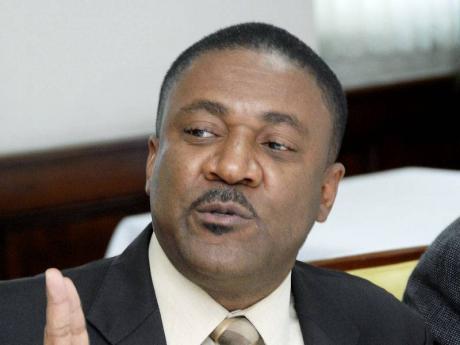 Phillip Paulwell is an honest man. At a forum in Mandeville a week ago, Jamaica's minister of science, technology, energy and mining is reported as saying, "I do not believe that Jamaica has the luxury of asserting a purist view in terms of our environmental issues."

In other words, when it comes to environmental matters, he supports an 'impurist view' - what makes 'economic sense' over what 'purists' would recommend as environmental best practices.

Phillip Paulwell is an honest man, because he is stating openly that he does not believe in sustainable development, something that no politician of any stripe since 1989 has publicly done.

Phillip Paulwell is also a short-sighted man with backward views. He needs to have the 'science and technology' side of his ministry educate the 'energy and mining' side. Is there a conflict of interest here?

Minister Paulwell is quoted as saying: "We are going to encourage the bauxite companies to establish their own energy facilities, to utilise whatever fuel source that they wish ... . We want to give them that freedom so that they can take correct business decisions." In this way of thinking, it is a correct business decision to increase profits at the expense of the environment.

I suppose it is also a correct business decision to increase profits at the expense of the workers and consumers. Pay the workers as little as possible, charge the consumers as much as possible, discharge your effluent into the river or sea, and build a high smokestack to discharge your combustion gases where the breeze will blow them away (to somewhere and someone else). These are correct business decisions which will improve the bottom line and please the shareholders.

Minister Paulwell went on: "The great USA, the great economies of Europe, Germany and so on were built on coal. And Jamaica should not be depriving itself of cheaper energy because of this purist view about the environment. I think it [coal] has to be an option and we have to allow the bauxite companies if they so desire to go coal."

In other words, countries that are currently called 'developed' progressed by cutting down their forests and polluting their air and waters. China is notoriously following along at great environmental cost. Minister Paulwell wants Jamaica to do the same.

The context is, of course, negotiations with UC Rusal, which owns Alpart (St Elizabeth) and Kirkvine (Manchester), both closed since 2009 because of the global recession. UC Rusal is currently in talks with the Government to obtain the most favourable terms for reopening.

Minister Paulwell has let out of the bag (in passing) the fact that UC Rusal is pushing for coal as its main energy source, and it seems that the Government has agreed. Said Paulwell: "The Government has taken a position that it will free the companies to determine the energy source or sources that they see in their best interest going forward. We want to support the policy of diversification and we believe that the Government should not, in any way, negatively impact or hamper the ability of the companies to introduce modern technology [and] different fuel sources that will enable them to survive in this day and age of high energy costs."

The Jamaican environmental regulator is part of the Government, which he believes "should not in any way negatively impact or hamper" these companies. Do the Natural Resources and Conservation Authority and National Environment and Planning Agency have to just go along with whatever terms the mining ministry concedes?

What other concessions to do with labour unions, guaranteed profits, and campaign contributions have been agreed? Can we have some transparency, please!

The PNP Government of 2012 is continuing where it left off in 2007. Jamaicans can look forward to further development of the PNP's 'impurist view' on environmental issues, and further degradation of our natural environment and quality of life.

Peter Espeut is a sociologist, an environmentalist and a natural resource manager. Email feedback to columns@gleanerjm.com.