Have mercy on 'Presi' 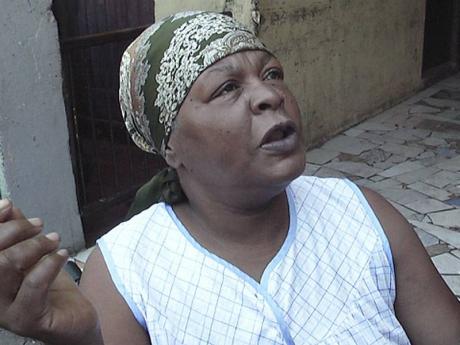 Barracks: Have mercy on Presi 'cause we need him.

From their community in Kingston's west end, scores of Tivoli Gardens residents made an impassioned plea to a United States district judge in New York on behalf of confessed drug lord Christopher 'Dudus' Coke.

Some residents, including one woman who identified herself as Coke's cousin, openly shed tears for the man many of them regard as a father figure who is today facing a 23-year prison term when he appears before US district judge Robert Patterson in the United States Southern District Court in New York.

"To the judge ... all the residents of western Kingston are asking for you to have some leniency please on 'Uncle Mikey' (Coke) 'cause a whole heapa tings him do fi di young people inna di community," one woman pleaded.

Though most of the residents seemed resigned to the possibility that Coke would be sentenced to prison, some argued for a reduced sentence while others insisted that he should be released.

Life not the same

Among those who want him released is Sandra Barracks, an elderly disabled woman who repeated the line often heard in this inner-city community - that life has not been the same since Coke was extradited to the US nearly two years ago to face drug and firearm charges.

"Have mercy on Presi 'cause we need him. From him gone is many sufferation, many ill-treatment," Barracks said.

However, for the woman who identified herself as Coke's cousin, a short prison term would suffice.

"Him no deserve it eno, but gi him a likkle short sentence 'cause di people dem sell him out. Dudus, me love you and me miss you," she said, fighting back tears.

Another woman agreed, saying a short sentence would give Coke some time to reflect on his actions, "see what he did wrong and change his ways".

Coke, the 42-year-old son of another reputed gangster, Lester Lloyd Coke, popularly known as 'Jim Brown', was captured along Mandela Highway on June 22, 2010 almost a month after a police-military incursion in Tivoli Gardens to arrest him resulted in the deaths of over 73 people.

Under US sentencing guidelines, the charge of racketeering conspiracy carries a maximum sentence of 20 years in prison, a maximum term of five years supervised release, and a maximum fine of US$250,000, or twice the pecuniary gain from the offence.

The charge of conspiracy to commit assault in aid of racketeering, under the same guidelines, carries a maximum sentence of three years in prison, a maximum term of one year of supervised release, and a maximum fine of US$250,000, or twice the pecuniary gain.