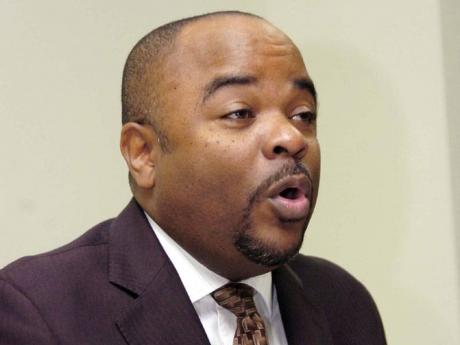 VOCIFEROUS CALLS for the resignation of Independent Commission of Investigations (INDECOM) boss, Terrence Williams, by rank-and-file members of the police force and its auxiliaries, have been put on hold, at least for now.

In a joint statement yesterday from the Jamaica Constabulary Force (JCF), the Island Special Constabulary Force and District Constables, the groups indicate they would meet today with Williams to discuss his recent controversial joint press conference with human-rights group Jamaicans for Justice.

The decision to meet with the INDECOM boss was agreed on yesterday after members of the JCF and auxiliary bodies held a meeting with Police Commissioner Owen Ellington to highlight their concerns about the "independence and impartiality" of Williams.

Following yesterday's meeting, the representative bodies of the police force have reported that "the process of dialogue will be robustly pursued as it relates to changes of the INDECOM Act with the relevant government ministers and through the legal system".

With a meeting now planned with the INDECOM boss, the representative bodies of the police force have decided to cease calls for Williams' resignation at this time.

Earlier this week, rank-and-file members of the force vowed to increase pressure on the INDECOM boss to resign.

General Secretary of the Police Federation Inspector David White had reported that letters had been sent to Governor General Sir Patrick Allen, Prime Minister Portia Simpson Miller and the Parliament "to have him (Williams) removed".