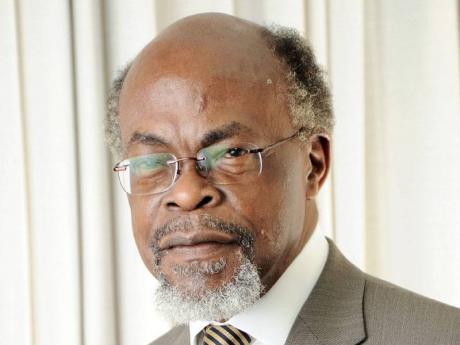 PUBLIC DEFENDER Earl Witter has condemned the "vicious, unprovoked and felonious attack" on Corporal Anthony Watson of the Newmarket Police Station in St Elizabeth on Wednesday.

The policeman was attacked with a machete by a man he had gone to apprehend for wounding.

Watson, who has served the force for more than 22 years, received a serious injury to his left arm.

He was admitted to the Black River Hospital and has since been transferred to the Mandeville Hospital.

"This incident is the latest instance of the perils undertaken daily by the police in the execution of their duties. As is the case with all assaults on law enforcers, it must be viewed with utmost gravity. This is because although all criminal activity of this type, irrespective of the status of the victim, an attack upon a police officer is an attack upon the State itself," Witter declared in a release.

In the wake of this latest attack on a member of the police force, Witter is imploring persons who arm themselves with offensive weapons and illegal firearms to desist from this practice.

"Persons who are convicted of the like, particularly those who take up illegal firearms, must therefore expect to be severely punished upon conviction," the public defender warned.

Witter yesterday commended Watson for "the self-restraint he exercised when attacked. Although armed at the time, he did not resort to the use of lethal force. The life of the fugitive may thereby have been spared by reason of considerations of which he was probably mindless".

The public defender has called for the residents of Newmarket to provide all possible assistance to the police so that the fugitive can be captured and brought to justice.