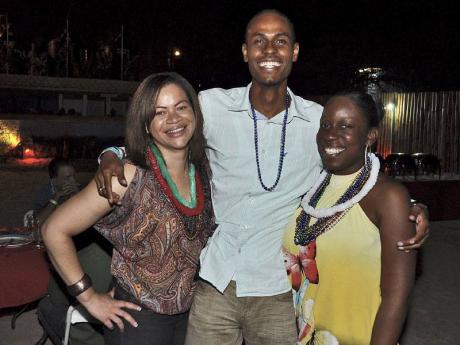 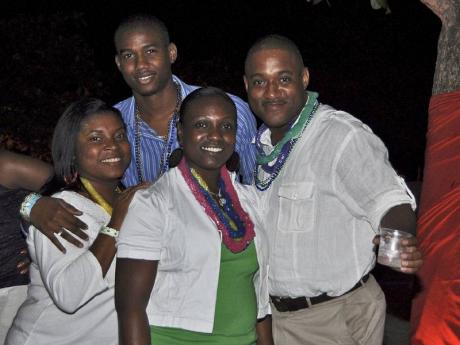 From left: Digicel's Monique Harding, Racquel Graham, Ricky Purkiss and Steffan-Chad Haughton (behind them), in a celebratory mood. 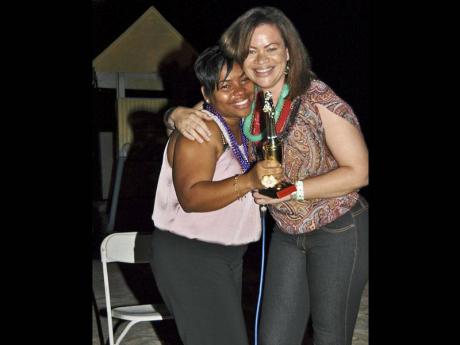 Digicel's Olive Lawson (right) hugs guest of honour former co-worker Audi Allen-Lawson after presenting her with one of 10 awards. 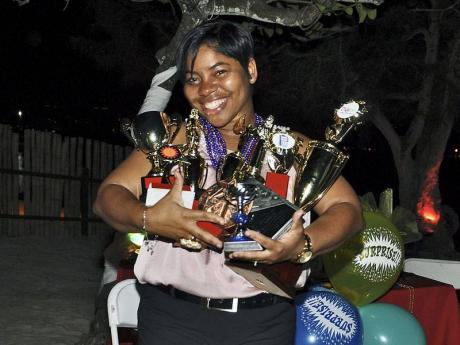 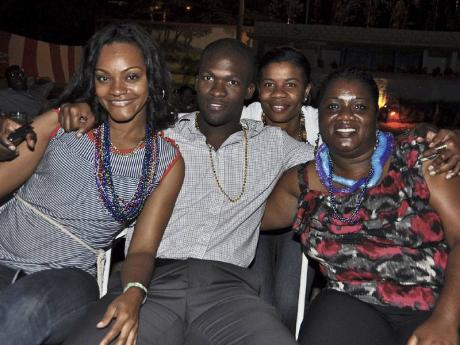 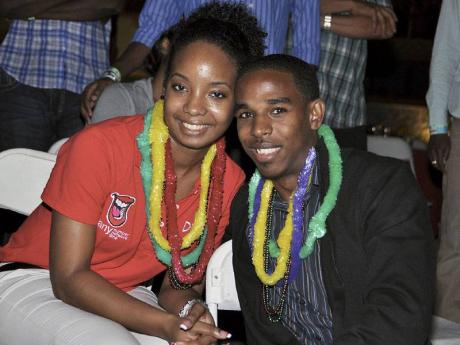 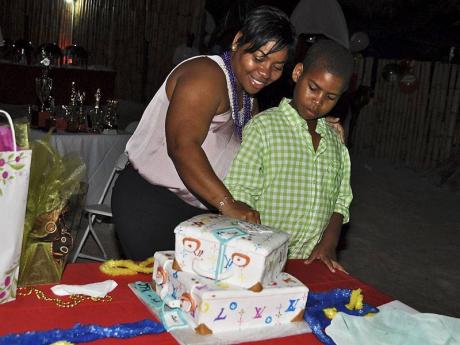 This was the farewell party of parties. Spanning some 10 years, co-workers of this "big hearted", "rare gem", "selfless" woman gave her a Hawaiian-style fun-filled, tear-jerking send-off at the Aquasol Theme Park last Friday night.

For each of the 10 years that Allen-Lawson served with tenacity and determination, for her being one of the first employees to be employed to the company's operations, she was awarded a trophy.

She picked up trophies for: 'Drama Queen', followed by a 'Musical', 'Star' and 'Spiritual', all depicting her personality and behaviour in the office.

She received a 'Stewardship' trophy, 'Service to Sales', 'Customer Service', because she became a brand for some customers. "Instead of some of our customers saying, "they were going to the Digicel office, they would say, we are going out to Audi's office", quipped her colleagues during the hilarious presentations.

The 'Effervescent' and 'Commitment' trophies completed the slate of awards that the irreplaceable Audi Allen-Lawson received from her peers.

To complete what must have been the most inspiring and beautiful farewell party any hard-working member of a team could have received, the team members lit 10 floating lanterns, showed a documentary of her life at the company and fed her a feast fit for a queen.