We are ready for gsat! 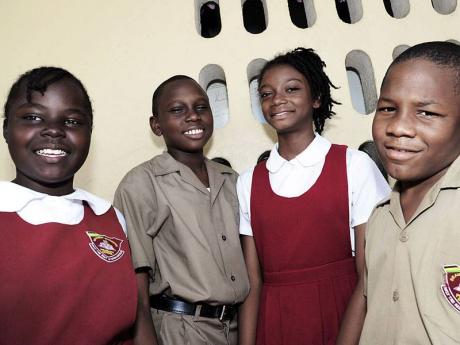 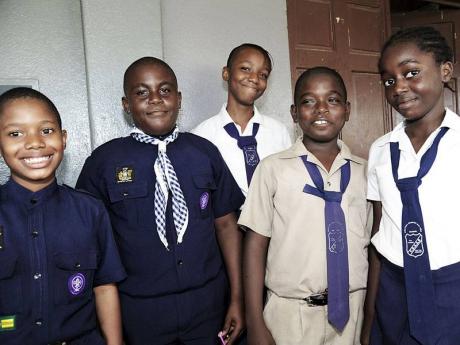 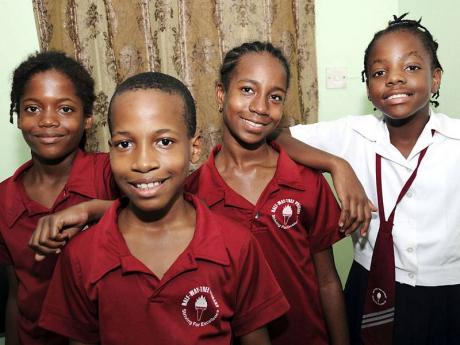 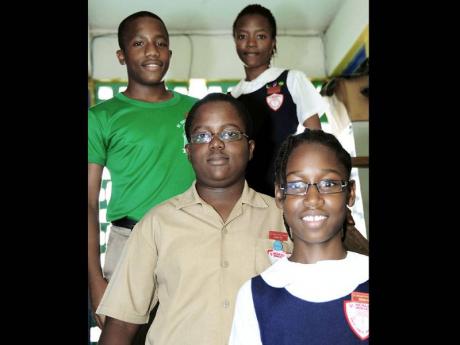 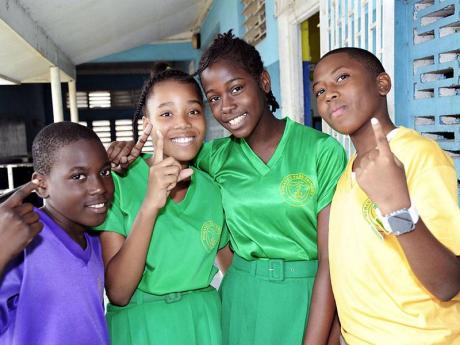 Just over 40,000 students in the nation's primary and preparatory schools will sit the Grade Six Assessment Test (GSAT) next week Thursday and Friday. Today, we share the faces and comments of some of the candidates.

Students of St Richard's Primary shared their enthusiasm about the coming exams, declaring that they will make their school and parents proud.

Arianne Smith, Javaughn Reid, Tajuan Simmonds and Amani Cooke are fully ready for next Thursday and Friday when they will write GSAT papers in mathematics, social studies, language arts, communication task and science.

Tajuan, who had a focused look on his face, said, "I'm not nervous. I just have to continue working hard and I know I will have success because I have been studying really hard. Anything I put in I shall get out."

Kenneth Morris said,"I feel ready because I study at nights and stay up until even 11 o'clock at times."

"I feel okay, but nervous. There are certain things I have not studied. I will study them in the next couple of days though, because time is running out," said Osheen Small.

Hanna Stewart was full of smiles as she told The Gleaner, "I'm feeling fine. I know I'm going to pass so I am not nervous. I am also doing well in class."

Despite the nerves, many students at Half-Way Tree Primary are confident that they are on their way to gaining not only spots in their schools of choice but also Government scholarships.

David Henry, Jahi Lewis, Monique Buchanan and Kharece Lloyd were in a jovial mood as they talked about GSAT.

David Henry, the head boy, emphasised that only his best was good enough.

"I have studied very hard, been putting in the work and many sleepless nights. I made a lot of sacrifices and its around the corner, all I can do now is pray and have hope," he said.

Jahi Lewis added that fear only leads to pressure.

"Well, my father said I should not fear GSAT because it is not my enemy. It is my friend. I must pray to God and have faith, without faith I cannot pass," he said.

Monique Buchanan said: "These six years I have been studying and preparing for this one test. We can give of our best and only the best is good enough. So go in there with confidence."

Nerves appeared to be approaching fever pitch at Duhaney Park Primary, as some grade-six students even went to the extent of describing GSAT as 'frightening'.

"I am excited and nervous at the same time. I know I will pass it though, because I am prepared," said Delreece Green.

Ricardo White was very confident, however, stating that his faith in God and hard work will pay off. "I feel very confident because I have a very good teacher and I study late at home. I will pass."

It seemed as if Jada Campbell was surrounded by an aura of gallantry as she told The Gleaner, "I know I am going to pass because I am prepared."

Jada is very committed to her studies, done until 8 p.m. every day. She wakes at 3 a.m. and resumes studying for another two hours.

Myka Campbell, Kyle Johnson and Suain Pink were also excited to speak about their preparation for the exams. Kyle Johnson conveyed how anxious he was, "I just can't wait until it comes to get it over with it! I have a very good teacher... the learning process was good."