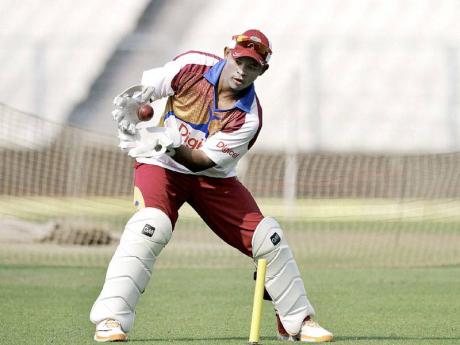 Despite his last-minute call-up to the West Indies squad, wicketkeeper Carlton Baugh says he is mentally prepared for the challenge of facing Australia in the three one-day internationals here.

The diminutive Jamaican was not a member of the 13-man squad but was summoned last Sunday after Denesh Ramdin fractured his thumb while batting in a practice game in Barbados last Saturday.

At the time, Baugh was involved in Jamaica's fifth-round Regional Four-Day match against Trinidad and Tobago in Port-of-Spain. He took no part in the last two days of the game, rushing back home before flying out to join the regional side here.

He had enough time in the game, however, to blast a superb 140 in Jamaica's first innings of 290, and helped lay the foundation for their eventual 192-run victory on the last day on Monday.

"I'm feeling really great about the way I'm playing at the moment. I'm hitting the ball really well and enjoying my cricket," the 29-year-old explained.

"I felt I batted well to get up to 140 against Trinidad last weekend, so I'm hoping to bring that kind of form into these one-day matches against Australia."

Baugh's last ODI came in the last game of the five-match series against India in the Caribbean last June.

He was overlooked for the subsequent away series to Bangladesh and India but retained for the Tests.