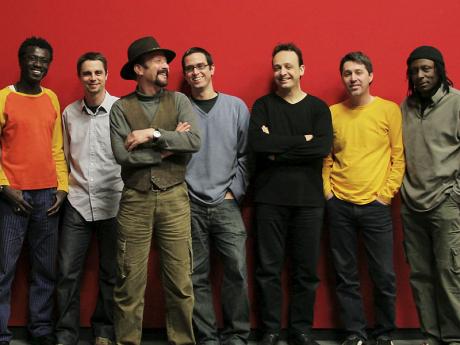 This year, the Alliance Française de la Jamaique promises an exciting treat for Jamaicans during the 'International week of the French language and the Francophonie' (March 17-25) when Algeria-born musician Fethi Tabet makes his first stop in Jamaica during his Caribbean tour.

The international act will introduce his Andalusian style of music to Jamaicans in a concert at the Courtleigh Auditorium on March 22, beginning at 8 p.m.

According to Françoise Cevaer, president of the Alliance Française de la Jamaique, "The concert arises to celebrate Francophonie which takes place each year in the month of March. Then, all around the world everyone is invited to celebrate their attachment to the French language and to acknowledge the diversity of Francophone cultures."

This 'francophonie' is the community of French-speaking countries.

Interestingly enough, Fethi Tabet was not originally scheduled for Jamaica.

"He called us and we were talking like one hour and he was expressing his emotions and desire to come to Jamaica. It's something really important for him, something very special for him," said Amandine Poret, executive director of Alliance Française de la Jamaïque.

"I think it's new to the Jamaican people, they will discover something. It's like a window to the world. They will discover a mix of different cultures, songs, rhythms, maybe they can recognise some African vibes. It's a fusion. It's really something that you should not miss, something very special," he continued.

Fehit Tabet leads a group of seven musicians from differing backgrounds (French, Tunisian, Cameroon, Malian and Brazilian). That mixture, Poret believes will create a unique experience with the Jamaican public.

Two important events will be staged during the period, Fethi Tabet in Concert and the Francophone Film Festival.

The latter is free of cost and will be held from March 24 to April 4. It will feature films such as Miloch Tropical, Un homme qui crie and Hop every Wednesday at 7 p.m. and every Saturday at 7 and 9 p.m. at 12B Lilford Avenue, Kingston 10.

The musical group will also host a workshop at the Edna Manley College of the Visual and Performing Arts on Friday, March 23 in the school's auditorium from 9-11 a.m.