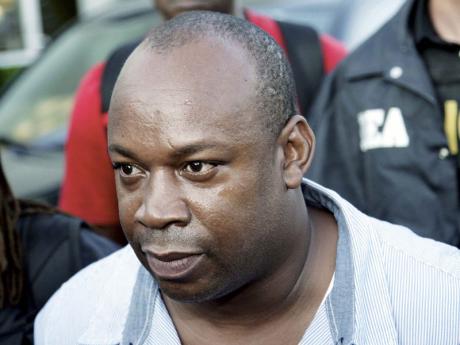 DISTRICT JUDGE Robert P. Patterson Jr has asked govern-ment prosecutors in the federal case involving former Tivoli Gardens strongman Christopher 'Dudus' Coke to prove the allegations that are being made against the drug lord.

Come May 22, in addition to charges that Coke has already pleaded guilty to, the prosecution is being required to prove that Coke and co-conspirators used a chainsaw to cut the arms and legs off a person who did not follow his orders.

Following the ruling by the judge, Coke's team of attorneys, led by Stephen Rosen and Frank Doddato, was ecstatic, calling the development a major victory for the defence and a triumph for due process.

In a sentencing memorandum filed in court and dated February 26, the government contended that a 276-month imprisonment - the statutory maximum recommended by the United States probation office - was the appropriate sentence for Coke.

In the memo, the government argued, among other things, that Coke's control of the Presidential Click, which they describe as a Kingston-based international criminal organisation involved in narcotics and firearm trafficking and several incidents of assault, warranted the maximum sentence.

On Monday, Coke's defence team had asked the judge in a letter to give Coke an opportunity to face his accusers. The judge has seemingly agreed with the defence and this is what has caused another delay on the highly anticipated climax to this case.

The letter demanded that government attorneys bring evidence of Coke's wrongdoing to court.

Speaking to The Gleaner following the court's decision, lead attorney for Coke, Stephen Rosen, said, "The government has accused Coke of these atrocities. If they are true, prove it ... . The judge agreed with us that if you are gonna charge somebody, and that if you are gonna ask for more time because of those allegations, then we are entitled to the constitutional protections of due process, and that's what we've asked for all along."

"He left Jamaica; the ruling party was thrown out of office, and the Government hand-picked by the United States - the PNP (People's National Party) - took over. It's that simple! We think there's a lot of politics involved in his extradition to the United States. There was a lot of politics by the US to have him extradited. He's never been charged with one crime in his own country."