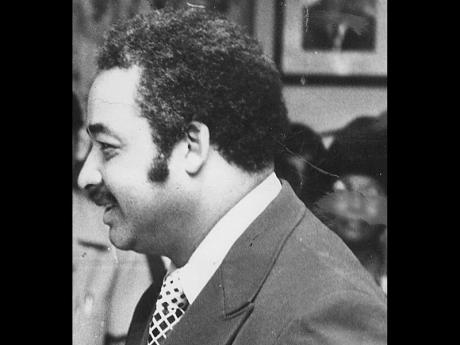 GOVERNMENT AND opposition senators found common ground in paying tribute to late jurist Carl Rattray at Friday's sitting, hailing the former president of the Court of Appeal as the only one known to have served in the executive, legislature and judiciary - the three arms of government.

Rattray died on Wednesday after ailing for nearly four years.

Senator K.D. Knight led the tributes from the government benches hailing the late Cabinet minister and former Appeal Court president (1993-1999), attorney general of Jamaica, magistrate in the Cayman Islands, legal adviser and an officer of the ruling People's National Party (PNP), as an "advocate of the highest quality".

"It was a pleasure to hear him addressing the court. He was meticulous in the way he did it and his language was impeccable. It was a joy to hear him analyse some of the nicest points of law and made them so simple, that even a beginner at the Bar could understand exactly where he was going," said Knight.

Rattray was called to the Bar in 1958 and after 11 years was moved to the Inner Bar, which entitled him to be styled as Queen's Counsel, according to Knight, who also called the late judge "a successful advocate" who went out of his way to help those just entering the profession.

For his own part, Knight said he met Rattray while a student in London, England, while there in an arbitration case. Describing the case as one of the most complex coming out of Jamaica, Knight said Rattray was successful in his arguments of the case.

"What is indelibly written in my mind, a number of us as young law students were present at an occasion where he was, and he gave us great encouragement, and he told us the importance of keeping to the ethical conduct expected of lawyers," Knight remembered.

Senator Knight described the late jurist as having a distinguished political career, serving as leader of government business in the Upper House in 1978 and 1980.

According to Knight, those who knew him say "he had a cordial demeanour and charitable disposition which allowed the business of the government to be carried on in an orderly fashion".

Rattray, a former member of parliament (MP) for St Catherine South East (1989-1993), was described by Knight as somewhat of a "reluctant bride", having no real anxiety to become an MP, but who responded to his party and service to his country.

Opposition Senator Tom Tavares-Finson said the later barrister delivered calm and reasoned eloquence at all times and did it with a sense of humour.

"The tongue of good report has been heard on his behalf from many quarters in the society. It is, perhaps, a measure of the man, that having made the transition from politician to president of the Court of Appeal, he is as much remembered for his contribution to the court and to the jurisprudence of Jamaica, as he is remembered for his contribution to the building of the democratic process through the People's National Party ... as a member of the executive," Tavares-Finson said in tribute.

The opposition senator said Rattray's conduct in the Court of Appeal quickly put to rest the views of sceptics who believed that being a "good Comrade" could have clouded his judgment.