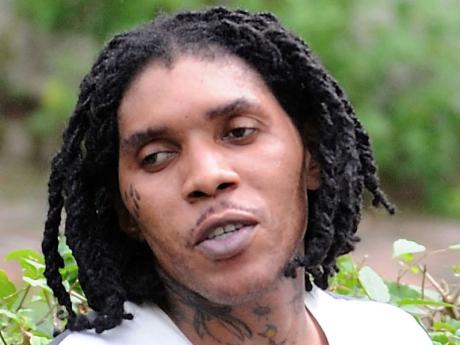 ATTORNEY-AT-LAW Valerie Neita-Robertson, who is representing deejay Vybz Kartel, was hopping mad yesterday that the court did not start until after midday.

When court started at 12:15 p.m., Neita-Robertson, in expressing disapproval with the late start, said "either we are operating a court or we are joking". Neita-Robertson said she and other lawyers had waited for half a day for the cases to be mentioned in the Home Circuit Court.

Justice Christine McDonald, who was presiding, did not comment on the late start, but she asked for the cases to be dealt with speedily.

Kartel, whose real name is Adidja Palmer, appeared in court along with five other men for the murder of Clive 'Lizard' Williams.

The other accused are fellow deejay Shawn Campbell, more popularly known as Shawn Storm; Cairo Jones, Shane Williams, André St John and fashion designer Calvin Haye. Haye's bail was extended and the other men were remanded to return on April 13.

The court was told that a transcript and a forensic report of the murder scene were outstanding.

Williams and St John are unrepresented, and it is expected that on their return, legal representation will be settled.

The Crown is alleging that the men beat and stabbed Williams to death at a house in Havendale, St Andrew, on August 16, 2011 over the disappearance of two guns. The police have not found the body.

The court was told last year that there is an eyewitness to the murder as well as video and audio recordings allegedly linking Kartel, and his co-defendants to the murder.

On Wednesday, Kartel appeared along with co-accused Nigel Thompson and Lenburgh McDonald in the Gun Court division of the Corporate Area Resident Magistrate's Court.

They are charged with the murder of promoter Barrington 'Bossie' Bryan, which took place in July last year. They are to return to court on March 21 when it is expected that the case will be sent to the Home Circuit Court for trial. Kartel is on bail in relation to that charge.