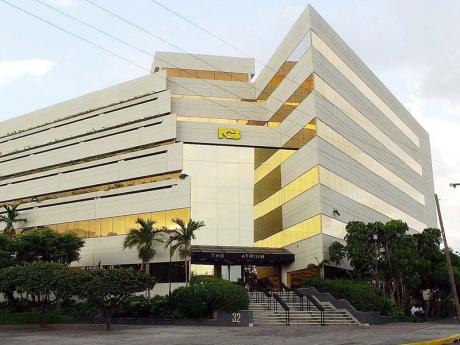 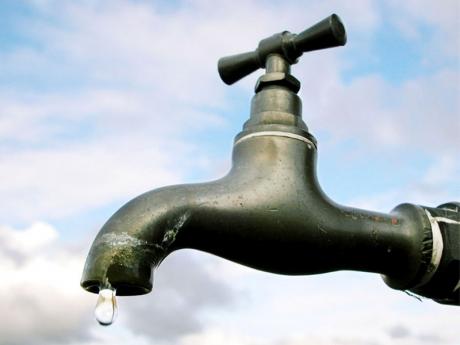 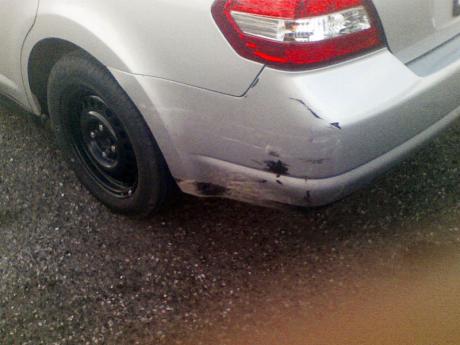 He who feels it knows

I would be grateful if you would allow me to publish a great injustice that has been done to me by a member of the police force, in conjunction with a female driver, which has left me in severe distress and has placed my reputation in grave peril.

For nearly a year since the accident, I have followed all the procedures, been through the chains of command, from the officer-in-charge to a high-ranking cop, but without any success.

On March 7, 2012, I was advised that the other party's insurer interviewed the eyewitness who was "not found credible", and asked for my comments. I wish to state that the company's findings are completely false and submit the facts of the case below for your consideration.

On Monday, June 20, 2011, I visited the Spanish Town Police Station to apply for a police report that was requested by my insurer because the accident statement submitted by the other party involved in the accident didn't agree with mine.

On Sunday, July 3, 2011, I was called by a female officer who told me to visit the police station on Wednesday, July 6 because they had two conflicting statements of the accident.

I went to the police station again on Wednesday, July 6, where I was told by a constable that I was responsible for the accident. According to him, based on the facts (inclusive of the damage to both cars) and on the woman's account, I overtook her and stopped suddenly, causing her to run into my bumper. I told him that this was not the case; however, he would not listen.

When I visited the station on Monday, July 25 and collected the police report, I again advised the constable that the report was false. He insisted that the report represented his findings, that he already warned me for dangerous and reckless driving, that I had to take the matter to court if I didn't agree with the report, and that I am liable to be charged for dangerous and reckless driving.

I deem his position as baseless and defamatory because the other driver's account is false.

First, this version contradicts her first account of the accident in which she said that I put on my indicator too late for her to know that I was turning. She then tried to pass me on the left and, in so doing, ran into the rear left side of the Tiida.

Second, why would the owner of the Corolla agree to have a repairman fix my vehicle if I was at fault? I was taken to the owner's repairman on Monday, May 2, and wanted me to purchase paint to spray over the bumper.

Third, I told the constable about an eyewitness to the accident, and he said that I ought to deal with that myself. Pursuant to this, I have obtained an affidavit from the eyewitness that I have submitted to my insurer. In his statement, the eyewitness recounted that he saw where I was about to turn into the service station and the woman attempted to pass me on the left. She encountered a pothole on the soft shoulder, from which she swerved and ran into my bumper.

I submit that the constable's findings are not a true representation of what happened on the day in question.

As I waited patiently for attention at a branch of the National Commercial Bank (NCB) on March 1, 2012, I noticed from the financial statements proudly displayed in the customer service area that the bank had made a net after-tax profit of $13.0 billion for the year ended September 30, 2011, reflecting a $2-billion increase over the previous year and a rate of return of 23.7 per cent (30.4 per cent before tax) on shareholders' equity.

That did not prevent the bank from imposing a $720 fine on me for surviving the economic useful life of the debit card it had some 20 years ago issued to me free of charge, partly for my convenience but more so as a revenue-generating device for itself.

I had gone to seek a replacement for the card, which had finally succumbed to old age, becoming partially detached from its magnetic strip and no longer allowing ABM access to my account. The card, showing other signs of normal wear and tear, was tendered in evidence. "You will have to pay $720 for a replacement," the customer service representative cheerfully advised.

"Really!" I protested. "How long are these cards supposed to last? Forever? I have been using this card for 20 years, for heaven's sake!" My next question was cut short when the representative excused herself to consult with her manager who was clearly not impressed and sent her back with the message that she had no authority to waive fees and was obliged to implement the rates handed down from the head office.

I subsequently made a brief visit to NCB's website and found no replacement-cost information for the debit card, but did see a rate schedule for credit cards showing replacement fees ranging from $0 for Visa Gold cards to $1,815 for the Gold KeyCard. Presumably, one could get a replacement for a Visa Gold free of charge every month for the rest of one's life - however long that may be.

The further I went into this website, the less justification I could find for NCB's card-replacement fee. NCB's stellar performance had earned it some regional and international awards and it had been ranked third in the world in terms of the return made on capital. Significantly, while registering hefty increases in earnings in virtually all segments of the business, NCB was able to deliver to its shareholders a $12m reduction in staff costs over the same period - an outcome which would, of course, have been facilitated by the promotion of debit-card usage over personalised customer service.

Now even more truly in disbelief than before, that against this background, NCB would insist on a replacement fee for a debit card, I telephoned NCB's customer care centre and another of its branches for confirmation only to be told, in both instances, that the bank continues to issue its debit cards free of charge and a replacement fee is only levied for lost, misplaced or stolen cards.

To what extent then must we conclude that this and other banks' policies are not being uniformly applied nationally and that customers are being unfairly treated. And to whom should the cloutless, captive masses of this country look for protection? Is it of any concern to NCB, for example, that its super earnings may include multiples of $720 incorrectly charged to unsuspecting customers?

It would be appreciated if you publish the below open letter to the National Water Commission:

I write on behalf of the Concerned Citizens of Smokey Vale and Upper Mannings Hill Road in Kingston 8.

We have always experienced very poor water supply in our area, and this condition has existed for as many years, as can be recalled.

The condition has got worse, if it ever could, as over the past several months, we have been getting water in a very haphazard manner, experiencing lock-offs for days on end, sometimes even weeks without any water being in our pipes.

For the past two months specifically, we have been receiving water approximately once per week, sometimes for a few hours, without any advisory as to when we will get this precious NEED, resulting in severe inconvenience to the residents.

The problem is compounded by the fact that the NWC call centre can never give callers informed responses, as for the most part, it is not aware of the problems, has no 'updates', 'will check with' the Operations Department, and a whole myriad of responses, which all result in the same thing: we have no water and don't know when we will get water.

My own view is that in these modern times, it's impossible to believe that there could exist what appears to be such a chronic problem, and the commission is not 'aware' of the problem, and more important, cannot give a reasonable and informed response as to what is being done to correct and remedy the problem.

Needless to say, as responsible citizens, we pay our bills promptly. These bills are never delayed, and never reflect, even as a courtesy, any rebate to indicate to the consumer the fact that the NWC is aware, and needless to say, cares about the poor consumer.

Some of us have even indicated to the NWC that we understand the need for restrictions (during times of low water storage and inflows), and we understand that problems occur at times.

But tell us specifically when we will get water if you are restricting, such as once or twice per week, between specific hours. We will understand, and we can plan. Or where you are experiencing mechanical/electrical problems, you should be able to give a clear estimate as to when the problem will be recitified, especially after several days.

Please, NWC, this is 2012! You can do better! Have some respect for your clients, and show them you can be a caring utility provider. We pay our bills!

It is a shame to see the road that takes me to Cornwall Courts in Montego Bay, St James.

Before the general election in December 2011, the authorities dug up the road in an attempt to fix it. The election has passed and the road is in the worst possible state.

One lady sneezed all the way home because of the dust that stifles us. A little boy planted his face in his mother's lap. The place is in an awful situation.

I am not sure who is in charge, but someone needs to take up the responsibility of having the road fixed. The situation is not healthy, and persons have to travel on it at least twice per week.

Apart from the dust that covers the entire area, the road ... let me rephrase, the dirt track - is unbearable to drive on. I hope this letter reaches the persons responsible.

The glaring lack of public convenience/facilities at the leading commercial financial institutions is causing severe embarrassment and pain to the general public.

Our seniors, in particular, and for obvious reasons, are the main persons being victimised.

This lapse, an obvious oversight, may be a hangover of the depraved days when only whites and honorary whites worked or sourced these institutions and were allowed to access these sacrosanct areas and other inner courts.

The dignity of the black masses and infirm are now at risk, in the absence of adequate and accessible facilities. These facilities should have clear signs having regard to the sensibilities.

Much to be applauded in this regard is that government financial institutions such as the tax office, etc., provide these facilities, as well as other institutions that the public use, as a matter of rule.

The Bank of Jamaica needs urgently to enforce as matter of policy these minimum standards in their oversight.

I, therefore, am calling on the financial moguls to rectify this outrage, failing the relevant authorities should ensure same.