Doctor's Advice: Is 'pulling out' safe? 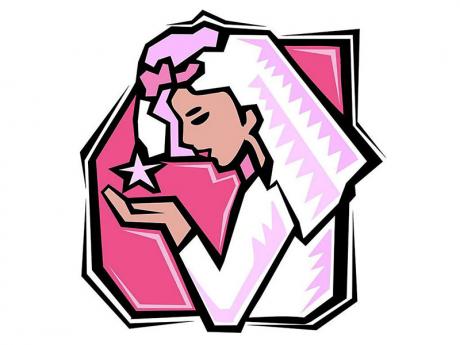 Q: Doctor, last night I made a guy penetrate me. This was the first time ever because I was a virgin. I made him 'pull out' before he orgasmed. But what are the chances that I might be pregnant? There was no condom.

A: Allowing a guy inside while telling him that he must 'pull out' before he discharges is not a good idea. Quite a few young women get pregnant that way.

One of the big dangers is that the man may slightly mistime things so that some of his seminal fluid ends up inside you. Also, it is possible that a guy may 'leak' sperm before he actually climaxes.

As it relates to you and your encounter with this young guy, the odds are that you will get away with it this month. You will have to wait and see if your menses arrive.

But I urge you not to take this sort of risk again. And a warning: that young man will almost certainly be returning in the hope of getting more of the same!

I am fretting about the fact that my testicles are often rather tender after I have been out on a date. Could this be cancer?

No. It is normal for young guys to feel tenderness and aching in their testicles after they have been sexually excited but have not discharged. Doctors sometimes jokingly refer to this phenomenon as orchitis amorosa acuta, which is Latin. It could roughly be translated as acute lover's testicle.

Cancer of the testicles does sometimes occur in young men. But the main symptom is a swelling or lump in the testis.

Could I be pregnant?

Good day. I am a 20-year-old female who is engaged to a man who is much older than I am. He visited Jamaica in January, at which time I was taking the contraceptive Pill. But it was causing my abdomen to be very painful and swollen, so I stopped taking it on the 12th day. I always have a 28-day cycle, but my menses didn't arrive. However, I have bled since then. My fiancé came back for his second visit, and we had sex every day while he was here. Is there a possibility that I might be pregnant, Doc?

I have changed one or two of your details to keep you from being recognised. First, can I say that there is no way that the Pill can cause belly pain and swelling. So something else must have given you those symptoms. Is there any chance that you were pregnant at that time?

Turning to your present situation, if you had unprotected sex on every day of your fiancé's second visit, then there has to be a substantial risk that you are pregnant now. So I feel that you should do a pregnancy test immediately. I hope the result is what you wish for.

Not a girl fan

Doc, I don't seem to be as interested in girls as my friends are. Do you think I have some kind of hormone deficiency?

Deficiency of male hormones is pretty rare in young men, though I have seen occasional cases.

If you have normal body hair, armpit hair, and pubic hair, that makes hormone lack most unlikely. Do you have to shave regularly? If so, it is probable that you have plenty of male hormones.

However, if you are fretting, it would be quite simple for a doctor to send a little of your blood to a lab to be tested for hormone levels. But that would cost you quite a lot.

Doctor, I am a 21-year-old woman, and my boyfriend wants someone to perform oral sex on him. What are the implications of engaging in this activity?

I am a little surprised that you say he needs someone to perform this act. Is he interested only in you? Or are there other candidates for his affection?

It will not get you pregnant;

It can give you venereal disease, so please be very sure that your boyfriend is 'clean' of all infection;

Recently, it has become apparent that oral sex can sometimes pass on the human papilloma virus; it is thought that this virus may cause throat and mouth cancers in mid-life.

Having said all that, the fact is that many loving and faithful young couples do find oral sex to be a good form of love play.

I have a new girlfriend, and I love her very much. She says she is still a virgin. If we had sex, would there be a lot of pain for her?

Most women only experience a small amount of pain when they lose their virginity. If the two of you decide to go ahead, you might well find it useful to employ a lubricant. And please do use contraception.

I found a lump

There are one or two other possibilities, but none of them is very serious. What you should do now is to go and see a gynaecologist (or possibly a urologist). She or he will look at this lump, check the diagnosis, and suggest treatment.

Whenever my girlfriend and I have sex, there is a rich white discharge that goes all over my organ and over her. We have been to doctors a couple of times. One said it was normal. The other doctor treated us for yeast, but the fluid is still there. In fact, from the moment my girlfriend is turned on, it starts appearing, even before intercourse starts. What is going on?

It may be that your girlfriend did have yeast (that is, thrush) at the time she saw the second doctor. But yeast usually causes intense itching, and you do not say that either of you has that.

Therefore, the odds are that this is just a normal sex secretion.