Manning's School student tops them all 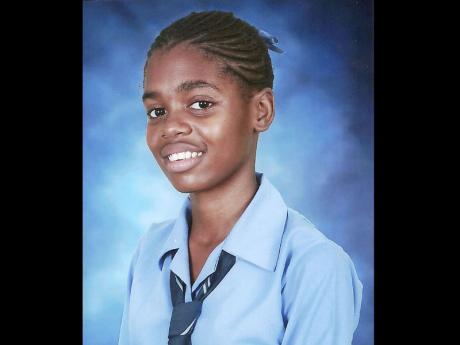 SAVANNAH-LA-MAR, Westmoreland:SHE iS soft-spoken, shy, and unassuming. But it would be a big mistake to underestimate the academic prowess and determination of this petite 17-year-old.

With distinctions in 11 subjects in the Caribbean Secondary Examination Certificate (CSEC) examinations, you would think Miltonia Thompson would be anxious to brag about her accomplishments, but the Manning's School student remains modest, placing the credit squarely on the shoulders of hard work, her parents, and "the sustaining grace of God".

"I am humbled. It's a great privilege. It's something that we have worked for, probably didn't expect it to happen, but thanks be to God," she told JIS News in an interview.

Miltonia, along with more than 140 students from secondary schools across the island, was recognised for outstanding performances at the CSEC examinations during the National Awards ceremony for 2011, held at the Abe Issa Auditorium, St George's College, in downtown Kingston on March 9.

But it was the 'Westmorelite' who walked away with the top award for the Best Overall Performance in CSEC, with complete 'A' profiles in 11 subjects - mathematics, English A, English B, Spanish, biology, physics, chemistry, information technology, office administration, principles of business, and social studies.

Additionally, Chevano Baker of Manchester High School walked away with the top award for business subjects; Shanique Richards, Wolmer's Girls School, received the best grades for the humanities; Dea Thomas, Morant Bay High School, came out on top for the sciences; and Krystal Thomas of the Hampton School was awarded first prize for technical vocational subjects.

Campion College received the award for the top school in both the CSEC and the Caribbean Advanced Proficiency Examination (CAPE).

Miltonia, the oldest of five children, told JIS News that her success was the result of her hard work and the dedicated efforts of her teachers and parents. "With God's help, we balanced our time, and it all worked out well," she said.

She is currently in lower sixth form at the Mannings School where she is pursuing five CAPE subjects, namely chemistry, biology, physics, communication studies, and Spanish.

Miltonia says that after sixth form, she is "willing to go wherever the Lord leads", but admits that she is eyeing a career in medicine.

Impressively, the top student also finds time for extra-curricular activities, skillfully balancing her time between studying and actively participating in several groups and clubs at her school. These include the Manning's School Quiz Club, peer counselling, the Performing Arts Society, the Magazine Committee, and the Newspaper Committee.

Her parents, Milton and Margaret Thompson, who are also both teachers, say they are proud of their daughter's success, but not surprised.

"I'm really elated and overwhelmed, but I'm not surprised because from a tender age, I realised that she was an alert child, and I expected her to do this well," Mrs Thompson, a teacher at the Godfrey Stewart High School, told JIS News.

Mrs Thompson admits that all her children excel in their studies, noting that Miltonia's younger sister is also a Grade Six Achievement Test government scholarship awardee.

Mr Thompson, who teaches at the Unity Primary School, told JIS News that words could not explain how he felt about the success of his children, particularly his eldest daughter.

"I'm very proud of her because from a young age, she has shown keen interest and has always been very organised," he said.

The proud father recalled that even when she was much younger, she would always ask for books as presents rather than elaborate toys like most children.

"They are all naturally interested in their schoolwork. We don't have to tell them to take up their books. They know when to take them up and know when to put them down, and they are all organised," he boasted.

The awards ceremony is an initiative of the Jamaica Association of Principals of Secondary Schools. Students from over 60 high schools across the island were recognised for their outstanding performances, not only in the CSEC exams, but also in the CAPE and Caribbean Certificate of Secondary Level Competence tests.