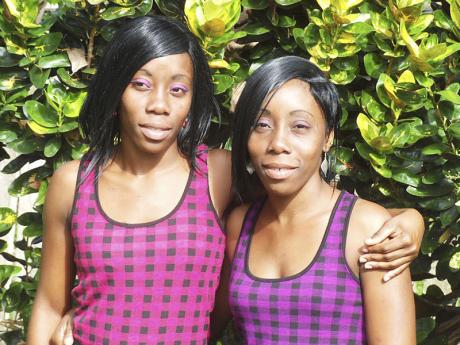 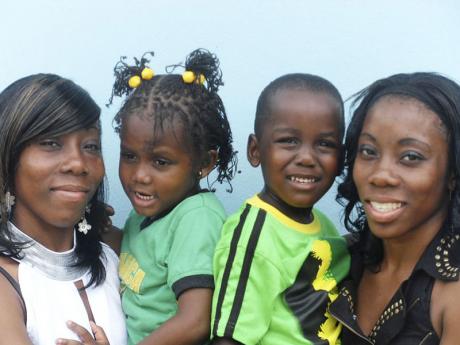 Twins, Sharna-Kay (left) with daughter Shamara, and Anna-Kay with son, Remelio. Both children were born on March 4, 2008, at the Spanish Town Hospital, St Catherine.- PHOTOS BY KAREN SUDU 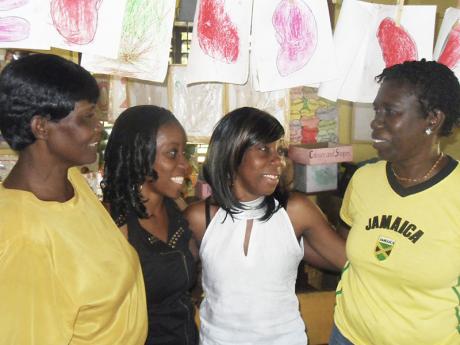 This was the same institution where the twins were born on April 10, 1989.

However, they had no plans for pregnancy, with their sights set on pursuing further education as financial challenges had denied them the opportunity to sit the Caribbean Secondary Education Certificate examinations at Spanish Town High School.

"Mi mother said 'Jesus, the two a oonu pregnant one time'," said Sharna-Kay as she recounted their pregnancies.

"I was actually shocked that my sister and I were pregnant at the same time," Anna-Kay, whose pregnancy was discovered first, told The Gleaner.

"I actually didn't want to stay where Sharna-Kay was because people would be looking and talking, and we would feel uncomfortable, and I didn't want to go to the same clinic. So after a while, I left to live somewhere else," she added.

But relocating from Bog Walk to Linstead didn't stop curious onlookers from commenting.

"People still see us together because Anna-Kay came and looked for me, and sometimes I went where she was living, and people still saw us and sometimes they would say, 'Di two a oonu pregnant fi de same person?'" Sharna-Kay said with a smile.

"People even asked us if we plan to get pregnant the same time and said the two of us would have baby the same time," Anna-Kay chuckled.

She was expected to give birth first as her due date was February 25, while Sharna-Kay's date was March 10.

However, as fate would have it, medical reasons resulted in both being admitted to the Spanish Town Hospital in February.

However, Sharna-Kay was released, leaving her sister, who had been admitted was first.

"After I was sent home the Saturday, I ended up being admitted again on the Monday because the pain got worse. When I came in, my sister was in the delivery room," she explained.

"But I never get cut until 3:45 Tuesday morning," Anna-Kay interjected.

"And the doctor cut me 3 o'clock Tuesday afternoon," Sharna-Kay laughed.

However, it was not until the Wednesday that the bubbly sisters knew that they had given birth on the same day.

"We laughed and laughed when we found out. Everyone was excited!" they chorused.

Beverly Royes, teacher, Bible Way Basic School, was one of those who had predicted that the girls would have given birth on the same day when their aunt Lauret Humes, principal, told her that both had been admitted to hospital.

"I told her that both of those girls were going to have their babies on the same day, and she said to me, 'No, Auntie Bev, how you know that?', and I said "They are identical twins. It's a possibility that they might give birth on the same day'," Royes recalled.

"I was so overwhelmed when she came back and told me that my prediction was right - they had babies on the same day," Royes smiled proudly.

She added: "When I met them last year when their children started school, I was really excited. I asked them if the hospital highlighted them and I was told no, so I said, 'Girls, I have to do something about this story because this is one exclusive story."

Come September, the twins will begin evening classes in pursuit of their career goals.

"My dream is to become an executive chef or a cosmetologist," said Sharna-Kay.

On the other hand, Anna-Kay aspires to become a nurse.