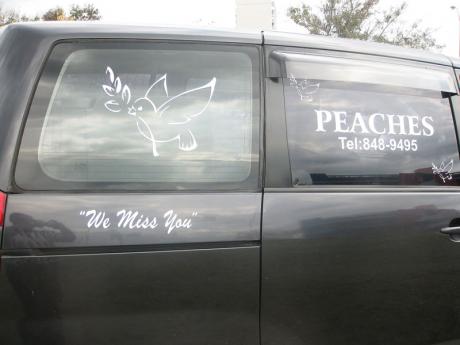 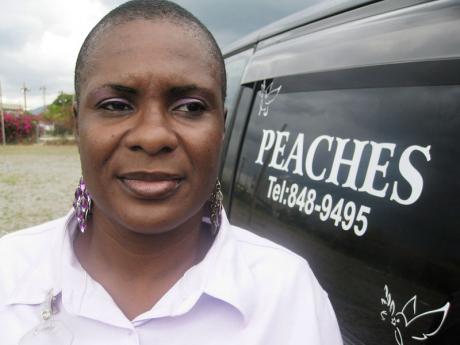 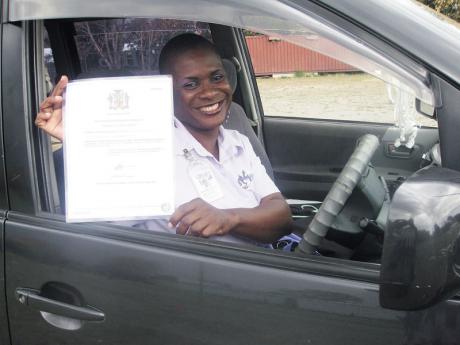 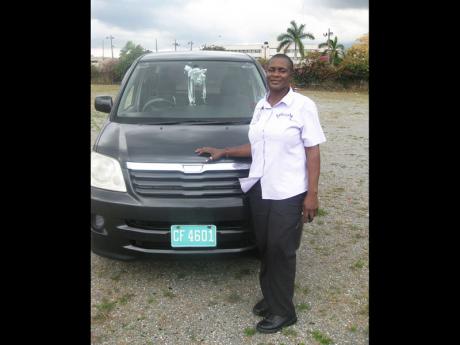 In the land of the all-too-bland minivan, Christine Johnson's 2002 Toyota Noah is eye-catching. Not because of a striking colour, unusual rims or pounding sound system. As far as those go, it is Plain Jane all the way, green licence plates indicating a commercial purpose for the van.

It is what is written all over Noah that piques interest and, in this case, the writing is on the metal. Peaches and a telephone number are the largest, a bird with a flower in its beak on a rear window. On lower panels are the giveaway phrases 'We Miss You' and 'Gone Too Soon'.

There are times when the van is colourfully decorated to the colour scheme of the peculiar load it is carrying and there is other writing on the vehicle. A person's name. A dead person's name.

Johnson uses the vehicle for her business, Peaches Funeral Services and Supplies, officially registered since late last year. Before that, she offered her services as a hearse and driver to other funeral businesses. It was a matter of the vehicle coming before the business, as Johnson found herself in a situation that she had to resolve.

The Noah is her third vehicle, the previous two bought cash. However, after moving from a Nissan Sunny and then a Toyota Liteace Noah, the more expensive vehicle brought financial obligations. Those came at a bad time, as she bought the vehicle expecting to use it at her variety store in August Town, which would generate the income to finance it. However, it was "sometimes peace, sometimes war" and business plummeted. "If you go there now you supposed to see a sign, Peaches Wholesale and Retail Superstore," she said.

"I said I spend the money, the business not working, what I going to do?" Johnson said. "When the war start, me pack up the things in the van and go sell."

But even when she had the Townace, she joked with a friend in the funeral service business that they should go into business together. With the Noah, things took a serious turn. The opinion of others could have swayed her, as they were wary of her transporting caskets. After initial doubts, Johnson decided "a no me, a people. Me a live fi people".

So after getting the Noah on a Thursday, by Saturday she was driving her first body to its final resting place. The following day she was on another job. Johnson admits that there was some trepidation and "me never used to look behind me at first. A no say me fraid, but … Some people ask me if me no fraid, if me no rub up".

Her boyfriend's company helped, who chided "you can fraid a dead?", accompanying her on the initial casket-carrying trips. Now Johnson is so comfortable that "sometimes when me reach me remember dead man in the back of the vehicle".

"Me comfortable now me a drive an me a eat," Johnson said, pointing to the doctors she sees on television. "When them finish them surgery, them wash them hand an' go eat them pizza."

Johnson has also had to learn new places, as before she had stuck to familiar territory around Kingston and St Andrew. There was one unforgettable journey to Westmoreland, where even the family member who was directing her got lost. "The man live a Kingston how long and carry me go Westmoreland go los' me. Is a good ting me tank did full," Johnson said.

The good feedback started, Johnson saying that people commented "me dress nicely, talk to people professionally. People always come back (to those who hired her) and say 'the girl whe yu sen nice'".

However, Johnson was hesitant to go into the business for herself, as she saw cases where persons could not afford the funeral and the service provider was left with the expenses. "When them can owe the funeral home, them can't owe the hearse driver," Johnson said. Over time, though, she realised that some of the funeral operators in the business "no ready".

"Me say no, me have to get serious," Johnson said. Plus, there were those who encouraged her to "go register you thing. Stop sell you service so cheap". She decided to do so but, avoiding "the whole heap a 'rest, rest' thing, me say 'Peaches'". The name - her nickname - took off.

Since last October Peaches Funeral Service and Supplies has done about four funerals, Johnson noting that her standard of decoration sets her apart, as she even cuts into her profit margin in order to make a lasting impression and generate further business. She drives the Noah mostly when on funeral-related business.

There are times when persons want a 'hype' funeral and Johnson gets an Avalanche for those services. And in a business where 'bashy' is sometimes considered better, Peaches jokes "me used to call my van Next To Lade, cause a no Escalade. Me just escalate it."