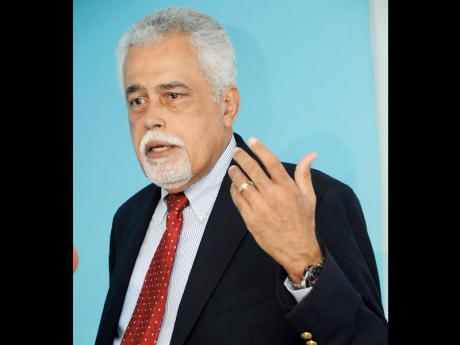 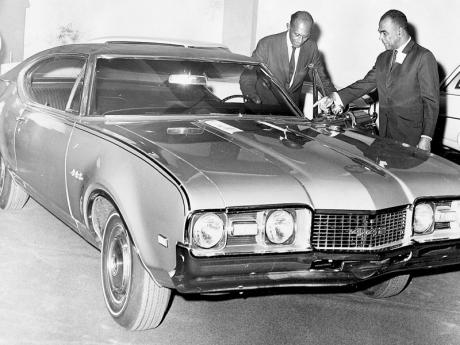 The ADA will spend $15-$20 million - H.A. Sinclair, president of the Automobile Dealers Association of Jamaica, and managing director of Sinclair's Garage, proudly shows the new Oldsmobile 442 to Mr Lightbourne at the 1967 Motor Show. 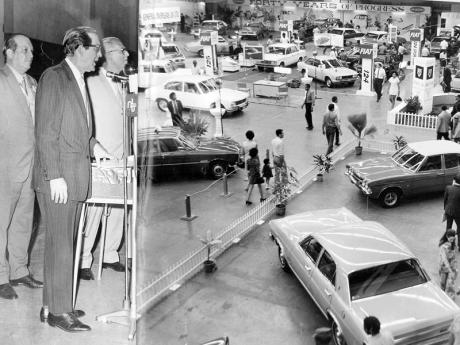 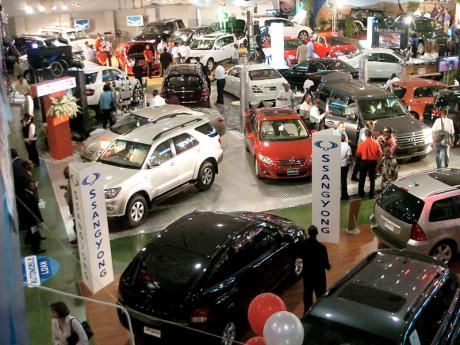 A panoramic view of Motoranza '70 at the National Arena in 1969.- File photos 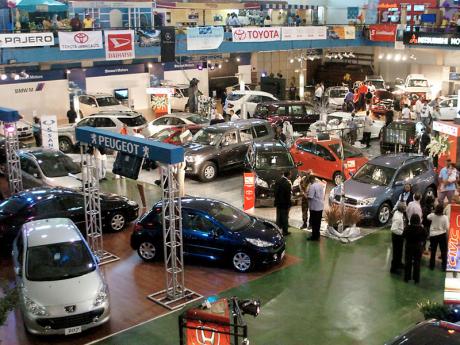 More than 100 new vehicles will be on display - A variety of brands on display at the Automobile Dealers Association 2007 Motor Show.
1
2
3
4
5

It has been five years since the last Automobile Dealers Association (ADA) Motor Show and next weekend the new car-dealers organisation plans to return big. And the money is there to do it.

Kent LaCroix, head of the ADA, gave Automotives a physical layout of inside and out the National Arena from Friday, March 23, to Sunday, March 25, which indicates the number of motor vehicle brands and the various boothholders with automobile-related products which will be involved. His rough tally of the money that will be ploughed into the show indicates just how important it is to those involved.

LaCroix said that the ADA will spend $15-$20 million, venue rental and advertising costs among that outlay. With each dealer spending an estimated $1-$2 million to decorate the 20x25ft booths inside the arena, the figure to put the 2012 models on display leaps over $50 million. However, despite the five-year gap between shows, LaCroix points out that the ADA has the funds at its disposal to put into the 2012 Motor Show.

"The association runs off revenue from previous shows and it carries us through," he said.

He puts the delay in holding what is slated to be a biannual showdown to a number of factors. After the 2007 staging, 2009 was next on the calendar, but that was in the thick of the global economic crisis and "it would not have been prudent to have a show then".

In 2012 the economic contraction still had its effect and last March the plan was to go to Sabina Park. However, the possibility of rain and inappropriate surface for vehicles ruled that out.

Now, he expects over 100 new vehicles will be on display, with heavy commercial vehicles outside the arena and motorcycles also in the mix. Upstairs inside the arena, more than 50 organisations will have their goods and services on display.

ADA statistics for all new vehicles show sales are on an upward trend from 2010, where 3,442 units were sold, to 2011, when 4,613 left dealers' lots. These sales cover passenger cars, pick-ups, box-body trucks, panel vans, window vans, dump trucks, buses and tractor heads. So far this year, LaCroix said, sales are running at about 500 units a month. Toyota is the runaway leader.

With no official used-car statistics at hand to make an accurate sales comparison, the ADA can only use the import figures from the Trade Board. LaCroix said the proportion of used to new-car sales has always been about 60 to 40 per cent, but that has come closer to an even split in recent times, used cars still holding the edge. However, there is a steep depreciation on new cars in the first year, when 25 per cent of the value goes.

He said one of the main problems which used-car dealers have had is the availability of cars, an after-effect of the earthquake and tsunami that affected Japan last March. With many vehicles being destroyed, residents of Japan have had to replace their cars. In addition, expanding markets in countries like Russia and Thailand have siphoned off many of the vehicles that would have otherwise come to Jamaica - as well as pushed up final costs.

New-car dealers have not been spared the effect of the natural disaster either, LaCroix pointing out that there is a shortage of pick-ups currently, as factories in Thailand which make the electronic components have been affected by flooding.

The ADA has made its stance against increasing motor-vehicle duties clear. LaCroix said when duties were reduced in the way they were, last year more revenue flowed to the government.

And the organisation has paid attention to its entry-fee pricing, as it aims to top the 12,000-15,000 persons who attended in 2007 with the children's entry fee $200 - $100 less than five years ago. "We realise children are decision-makers, even though they are children," LaCroix said.