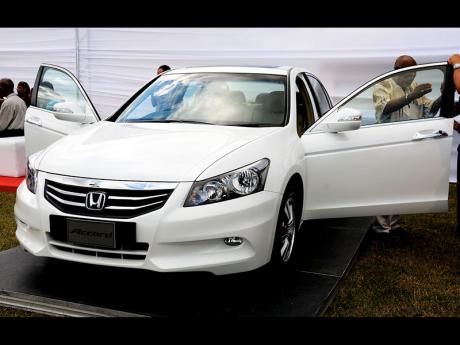 The 2012 Honda Accord - Winston Sill/Freelance Photographer

WASHINGTON (AP):Beware of car-dealer ads that promise to pay off the loan on your trade-in.

In a first-of-its-kind case, on Wednesday, the Federal Trade Commission (FTC) targeted five car dealers in four states that regulators said deceived consumers by promising to pay off their loans, no matter what was owed on the cars. The balance, the FTC said, was usually rolled right into the new car loan. One dealer later required customers to pay the balance out of pocket.

Settlements agreed to by the dealers would require them to stop running the ads on their webpages and other sites such as YouTube. The settlements remain subject to a final vote by the commission after a 30-day public comment period.

The FTC has brought cases against auto dealers before, but not for this kind of advertising.

"Buying a new car or truck is a major financial commitment and the last thing consumers need is to be tricked into thinking that a dealer will pay off what they owe on their current vehicle, when they really won't," said David Vladeck, head of the commission's Consumer Protection Bureau.

The promises might sound attractive to anyone facing tough financial times. Rosemary Shahan, president of California-based Consumers for Auto Reliability and Safety, says this kind of misleading advertising pitch is a common practice among dealers and that people who are upside down on their loans - owing more on the old car than its actual value - are especially vulnerable.

"A huge percentage of people are upside down," said Shahan. "What they don't realise is that they are just getting deeper and deeper into debt."

She says it's usually better to keep the old car and pay off the loan before buying a new car. "The thing about cars is that they depreciate, so it's a bad place to put a lot of money," she said.