Battle of the digital wallets 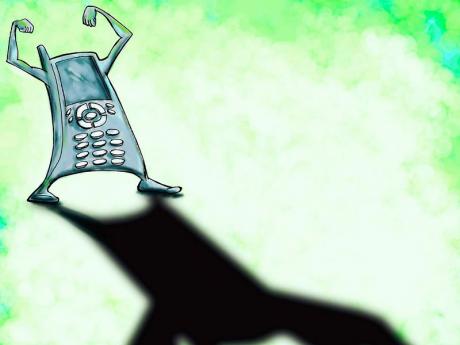 While the central bank predicted at the start of 2012 that new technology might have an impact on remittance flows, such as the Zoompass Wallet, local companies say the absence of an approved policy on mobile money is likely to leave Jamaica far behind in the more efficient digital transactions arena.

Kavin Hewitt, the CEO of mobile money services company Mozido Jamaica said that while his company's own version of the technology, Genius Wallet is available in other jurisdictions, its introduction in Jamaica would be further subject to the regulations of this market.

In other words, the Bank of Jamaica would likely have to sign off the digital services, and while it spells delays in product rollouts, some players say there is good reason for the central bank's caution.

"Jamaica has a high profile with regards to money laundering, so we have to tread carefully. The BOJ (Bank of Jamaica) is leaving no stone unturned," said managing director of Lasco Financial Services Limited, Jacinth Hall-Tracy, on Thursday.

"They are currently preparing a draft policy on mobile money which is only in its preliminary stages. We would love to introduce such cutting-edge technology, but it makes no sense to even spend on investigating the options at this point. We have no idea what we will be permitted to use," Hall-Tracy said.

Still, some companies are impatient, especially with the resurgence of the remittance sector which rose to a new high for inflows at US$2.025 billion last year.

The new technology, which is expected to grow volume trades and tap into hard-to-reach markets, promises wider access to the unbanked and underbanked.

The majority of Jamaicans are estimated to be holders of bank accounts, but only a fraction are said to have access to full financial services, which limits their participation in the economy - that is they are more classified as underbanked.

Similar to Zoompass, which uses applications accessible through a mobile device to receive and request currency, Genius Wallet facilitates direct remittance transfers between sender and receiver.

Additionally, In December 2011, Mozido Dallas announced that it had expanded a partnership with MoneyGram to include MoneyGram remittance transfer services for approved Mozido mobile wallet applications.

Hewitt said Wednesday that MoneyGram International has been one of Mozido's valued partners since 2009.

He notes, however, that The Genius Wallet is not offered locally in Jamaica and its introduction is dependent on sign-off by regulators on such services.

Natalie Hayes, division chief of the BOJ's Banking and Market Operations Division, said last week that there were no applications before the central bank for the offer of remittance services on a mobile, Internet-enabled platform.

Hayes' message was clear - the central bank can't decide whether to approve a new product until there are applications.

But players in the market say the central bank continues to hammer on the theme of safety, which in turn creates the impression that the review process for applications could be lengthy without a mobile money policy or legislation as guide.

Deputy governor of the Bank of Jamaica, Livingstone Morrison, says the bank is working with the industry to facilitate business operations under a law that is just over a year old.

"The Payments Clearing and Settlements Act (PCSA), which was passed into law in December 2010, provides the Bank of Jamaica with legal responsibility for oversight of payment systems to include payment instruments and services offered to the public, and the systems and underlying agreements governing access to these services," he said.

"Of significance is the fact that during 2011, the bank intensified its focus on plans for the strengthening of the regulatory framework governing retail payment systems. Stakeholders represented at the National Payments Council have been extensively briefed on the need for enhancing the safety and efficiency of retail payment systems and on improving the efficiency of the entire system under which retail payments instruments and services are offered to the consumers. This area of focus is of critical importance given the rapid pace of development of innovative retail payment products and services."

The issue came into sharp focus on Wednesday when the BOJ moved to block the commissioning of a new epayment service built by Mozido for the members of the Jamaica Cooperative Credit Union league.

The service would have offered only mobile credit top-up, bill payments and account checking, but Morrison says even those limited services have to be scrutinised and approved by the BOJ.

"Mobile top-up essentially involves the use of the payment system to purchase airtime and as such, in the absence of other regulatory concerns, lends itself to being treated as a purchase and payment that is similar to purchase of and payment of other products and services," he said.

"Similarly account checking, in and of itself, poses no particular regulatory concern. Note, however, that where new systems are being introduced, which are capable of supporting the delivery of other products and services that may require regulatory review and or approval, the Bank has a duty to the public to conduct its assessment to ensure that the arrangements meet the requisite standards."

Mozido says it sees strong commercial potential in Jamaica for its products, and that its solutions make it easy for mobile phone holders to securely conduct business.