A new future for CARICOM 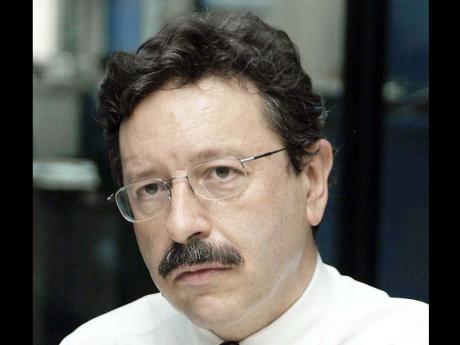 David Jessop - THIS WEEK IN EUROPE

What exactly did Caricom heads of government agree to in respect of the Caricom Secretariat when they met in Paramaribo?

Their communiqué, in its customary opaque and over-formalised style, suggests that their deliberations on a 157-page consultant's report making practical recommendations on restructuring Caricom had resulted in a number of positive outcomes.

These were that the report will be made public; Caricom's secretary general will recruit a facilitator to prepare for the process of change and the Bureau of Conference (presently the heads of government of Suriname, St Kitts and St Lucia) will work with the secretariat 'in a parallel exercise' on improving regional governance and implementation. The objective is that when Caricom heads meet in July they will have before them a five-year strategic plan.

The communiqué also records that heads felt the need to express a belief that the integration movement "has continued to make great strides ever since the signing of the Revised Treaty of Chaguaramas".

Subsequent to the meeting, Caricom's present and next chairmen - respectively, the president of Suriname, Desi Bouterse and St Lucia's Prime Minister Dr Kenny Anthony - suggested that Caribbean heads were in agreement with the broad recommendations of the consultant's report but would seek clarification on others.

St Lucia's prime minister noted that they had agreed without reservation that there had to be change, while President Bouterse said that though the discussions were 'fierce', there was 'the willingness to grow with each other'.

Anyone reading the report, which is now available on Caricom's website, will wonder however what this may mean in practice and whether the political will to reform Caricom, the institution, will be matched by a change in thinking about national implementation by those who guide policy.

Although the report pulls no punches about the need for restructuring the Caricom Secretariat and the need to make it fit for purpose, its authors are reticent when it comes to the issue of political will or the manner in which leaders relate to the institution.

So much so that only on Page 30 do the consultants address what has been at the heart of the institution's inability to progress regional integration.

"At the risk of stirring controversy, the positions taken by heads over the years have regularly not been enlightened and have been a major contributory factor to Caricom's current weak position.

A failure to provide consistent leadership has regularly been combined with making unrealistic and unreasonable demands on Caricom while being unwilling to provide the resources to meet such demands. In their mitigation heads have been scant guidance as to the need for strict prioritisation given and why it is so important.

There has been a mistaken reluctance on the secretariat's part to challenge specific instances when too much was being asked," the report says.

This is a challenge unlikely to be addressed by anyone other than the strongest or most suicidal secretary general given the secretariat's absence of executive power. Yet its resolution remains central to whether the regional body is to have a viable future.

Having said that, the decision by heads to agree to restructure the secretariat is welcome and overdue. As page after page of the report makes clear, whatever the reason, Caricom has become dysfunctional and change is required.

What comes across most strongly from a full reading is that as an entity, Caricom, the Secretariat, has been tasked with doing too much. The report suggests that as a consequence, when it has been unable to deliver, it has substituted form and formality for substance and delivery.

It also concludes that communications between member states are outmoded and over formalised; that it lacks a structure that enables outcomes; requires stronger management and the prioritisation of what matters most; needs to abandon unfulfilled initiatives; and must have time to engage in thinking about longer term strategic issues affecting the region.

The report is often at its most interesting in what it observes in passing or in its footnotes. Thus its authors see the only beacon of regional cooperation as the Caribbean Examinations Council, are almost silent on other hemispheric relationships that the region has been entering into, and only in footnotes does it seek to address the complexities of enlargement, Cariforum and practical and organisational challenges arising from the inclusion of the Dominican Republic.

Tellingly it also makes clear, albeit indirectly, that Caricom will only ever be as good as the national civil services and bureaucracies with which it deals.

With such systems still locked for the most part in the rigidity and formality of a British Civil Service model from the 1950s, this may be an impossible to resolve issue.

It suggests that even a restructured, much less formal and dynamic Caricom would have still to contend with bureaucracies where no one is responsible or accountable for the dissemination of its communications or able to ensure the timely responses that will be required if Caricom is to become more dynamic.

In all of this the report takes little direct interest in the thoughts of the Caribbean people, only refers in passing to the interface with the private sector and appears not to mention civil society/NGOs at all.

Surprisingly, when it lists the conditions governing whether Caricom can survive, it fails to recognise the need for popular support and the consent of electorates; seemingly regarding this later in the document as a communications and perceptual issue rather than something real and an essential concomitant of legitimacy.

Irrespective, it is to be hoped profoundly that under the careful guidance of the secretary general the body can be restructured, made financially sound and move forwards in a manner that allows it to retain and develop a cadre of committed staff able to contribute to regional development.

What is important is that if this means a Caricom lite, that the Secretariat does not lose its regional soul and come either to reflect the organisational thinking of management consultants, or is simply made more functional to meet the requirements of external funding agencies.

When heads of government consider at their next meeting the strategic plan for the secretariat it should be therefore, in part, a moment for them to reflect on where the Caribbean is going rather than from where it has come.