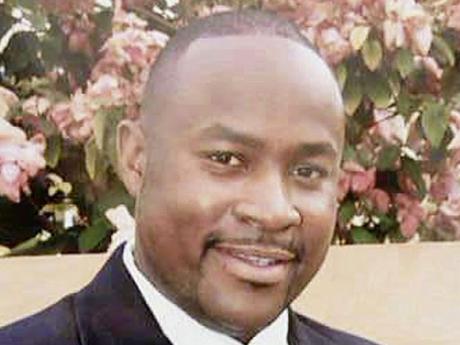 A few weeks ago, I was tasked with the responsibility of designing a research project aimed at investigating the extent to which particular organisational theories impacted actual outcomes.

It took me a few seconds to decide that I would focus my attention on models of leadership and organisational effectiveness [my independent variables], but there was a struggle regarding what institutions would comprise my sample. The pendulum swung from schools in Jamaica to government agencies and then from predominantly white institutions (PWIs) such as the one from which I obtained my master's degree to historically black colleges and universities (HBCUs) such as the one I now attend and from which I hope to earn my doctorate by next year. Hint, hint. Eventually a decision was made.

In my preparatory readings, I came across several bodies of work that addressed the changing tertiary landscape in nearly every continent on the globe and for hours I was immersed in quite a few conversations with all the characters that live inside my head.

Admittedly, I was rather alarmed to have discovered that the night had been far spent at my workstation combing through countless pages of reports each interspersed with far-reaching policy initiatives and implications. Being a proponent of mixed methodological research, I retired concerned and yet absolutely convinced that higher educational institutions in Jamaica could not be exempt from examining and exploring those factors that impede and or enhance their effectiveness.

The economic meltdown of the last few years has resulted in colleges and universities having strained operational budgets which have forced several into devising and implementing cost-reduction measures. One pundit contends that the cost of keeping a university open has increased by at least five per cent per annum over the last five years, with revenues rising only at a rate of just two per cent each year. In other words, tuition fees, though a significant source of income, are woefully inadequate and do not suffice the expenses associated with service delivery.

Several countries have discontinued the practice of free university education. The German and Chinese higher-education systems recently introduced tuition fees and, as a consequence, student loans have become the lifeline of many. In New Zealand and Australia, repayment of such loans is based on the borrower's income, as opposed to the loan amount, while in Norway, loans are incentivised in that portions are converted to grants when students satisfactorily complete their respective programmes. Mean annual tuition for undergraduate degrees in Britain is now £8,000; US$6,000 at a four-year public university and $22,000 at a private university in the USA.

Shortfalls in an institution's budget do have repercussions on its capacity to sustain its programmes; fulfil compensatory obligations; expand technological and infrastructural platforms; enhance laboratories and classrooms; respond to the needs of a diverse student body; and simultaneously offer a wide range of relevant high quality courses.

This then is reason enough for each institution to strategically review all its offerings with a view of becoming more efficient, cost-effective, viable and relevant to the contextual issues of the 21st century.

Each theme had interwoven to varying degrees several principles which included (but were not limited to) a quest for excellence; compliance with international and national standards; policies informed by an overarching philosophy; evidence-based decision-making; pragmatic leadership; governance that promoted accountability; transparency and participation; intentional planning and continuous evaluation.

The 15 national outcomes which are articulated in Vision 2030 and summarised in the maxim 'Jamaica - the place of choice to live, work, raise families and do business' underscore the crucial role that tertiary institutions play in developing our country's human capital.

It is imprudent and imperceptive for us to presume that we will achieve our goals without a paradigm shift in the tertiary educational landscape. The vision for our country is inextricably linked to the continuous configuration of institutions of higher learning and the academic, technical and research programmes they offer. How then is this done?

Mission statements are to be re-examined with a view to deciding on their continued relevance in contemporary society. Nearly all our colleges and universities are decades, and in some cases, centuries old. I am an alumnus of the Mico University College, established in 1836 as one of 300 schools that began in the Caribbean during the post-emancipation era; it is the oldest teacher-training institution in the Western Hemisphere.

Current programme offerings at colleges and universities need to be evaluated so as to determine the extent to which they promote the institution's historical and current significance indicated by the number of graduates armed with the competencies needed to ensure the country's economic viability. Courses of study that have no bearing on direction or national development are an unfortunate waste of limited resources.

Additionally, administrators may also need to ascertain the rates at which their students graduate vis-a-vis matriculate into their institutions. Changes will need to be made to the entry requirements for some programmes; how progress is measured; the gender imbalance; programme duration, as well as how well students are prepared for graduate work.

Academic rigour is also worthy of consideration and, unlike others, I am willing to declare the presence of certain unprincipled practices in some tertiary institutions as it relates to the quality of instruction delivered by some faculty, their frequent and timely attendance at lectures, the depth of their scholarship, and the capacity to engage students in their research.

In the four years I served as an adjunct at a local university, I was alarmed to discover that for some courses, students only saw their instructors for a third of the 15-week semester. In other instances, grades were made available to students some four months subsequent to finals being written, and worse, sometimes grades were subject to the horn or halo effect.

I also observed with much distress the extent to which some went for accreditation purposes. It is not to suggest that similar vices exist in every tertiary institution, but quality ought not to be sacrificed on the altar of utilitarianism. Universities need to systematically appraise core functions.

I envision the day when those of us in academia inundate lawmakers with local research findings with the data needed to design effective policies. All members of faculty at tertiary institutions, be they community colleges, teachers' colleges or mainstream universities, need to be engaged in scholarly investigations and report on their works accordingly.

We need the benefit of their higher-order critical thinking to be sufficiently able to generate solutions to the challenges our people face daily. We can no longer sustain institutions whose corporate effect is limited to its own community of affiliates. Tertiary institutions have a moral and social responsibility of addressing the agricultural, economic, educational, energy, environmental, health care, social and technological problems that undermine our very existence as a country.

I challenge my colleagues at the tertiary level to engage themselves in a strategic review of their institutions with a view to ensuring institutional effectiveness, thereby assuring all Jamaicans a sufficient return on investment.

I also call on the State to regulate the sector and guarantee quality assurance. Institutions of higher education (which will soon include those now being operated by HEART and NCTVET) enjoy autonomy, but in a shrinking economy such as ours, made even smaller by expansive technology, perhaps we ought to consider specialisation and collaboration as opposed to competition.

There is duplication among our 51 tertiary institutions. As such, the State needs to be proactive in attending to the myriad of challenges, one of which is education financing.

Maurice D. Smith is a doctoral student at Howard University. Feedback to this article can be sent to columns@gleanerjm.com and maurice.d.smith@bison.howard.edu.