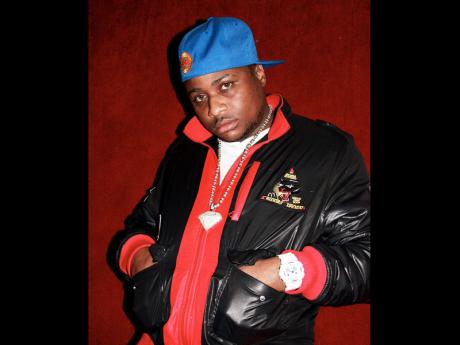 'GAPPY WHO?', the headline blared on Page 23 of THE STAR, The Gleaner's tabloid sister publication, on Monday.

It turned out that the author of the accompanying piece, a Gleaner sports reporter on assignment in Istanbul, Turkey, "Decked out in my Jamaican colours", was approached by a local who enquired, "I love Jamaican music, Gappy Ranks, do you know him?"

After 'disowning' Gappy Ranks, the reporter later did some research and was enlightened.

"Turns out he does exist! Anyway, I can't say much about the fellow, but he is obviously doing well for himself in Turkey," he wrote.

Au contraire, mon frère, Gappy Ranks is not only "doing well for himself in Turkey" but, as Asha D, a disc jock for People's FM in Leeds, West Yorkshire, stated, "He has put reggae music on a different level in England, yet Jamaica people haven't embraced him."

Asha D, a 34-year-old Jamaican by birth who migrated to England in the mid-90s and now hosts the 'Traffic Jam' show during prime time, 5-7 p.m. GMT, said though Gappy Ranks and some Jamaican reggae/dancehall acts are enjoying huge success abroad, the 'pay-for-play' issue of payola in Jamaica has been stifling emerging artistes and the music in general.

Signed to Greensleeves Records, Gappy Ranks is a dancehall musician of Jamaican and Dominican origin, also known as Jacob Lee Williams. He has worked with American rapper Twista and appeared on the A List of the BBC 1Xtra playlist with the song Heaven In Your Eyes.

He has performed at Earl's Court in front of a crowd of 17,000 as well as at the televised Kiss Awards.

His album, Put The Stereo On, was released in August 2010, the same year he was nominated for the MOBO awards in the best reggae act category. The award went to Gyptian.

"You've got this artiste, Gappy Ranks, just done 21 shows in 28 days in America, the hottest thing in England, but if you ask anybody in Jamaica, they wouldn't know him," Asha D said, blaming Gappy Ranks' Jamaican anonymity and young local artistes' stunted growth on the island's disc jockeys' payola practices.

"The rotation is basically the same artistes, so there is no room for young artistes and they don't have the funds to come up front to pay," Asha D explained.

"When we say to these artistes, 'send us your songs', the first thing they ask is 'how much?'. "They say that's how it is in Jamaica. If you don't have the funds, it won't get played and, if it does, it won't be played for more than 30 seconds," he added.

Asha D said payola dissuades many promising artistes who have simply accepted their fate, no pay, no play.

"Looking at it, the amount of hard work they put into it, and to have that money, it's not beneficial.

It's here but not in your face like in Jamaica. Deejays in England will play, no matter whose song. It's different on these shores.

Asha D's Traffic Jam show is on People's FM and streams live on the Internet.

"On a good day, 700 people are online in Holland, Kenya, Italy, Germany, Poland, France, Jamaica, Canada, the States, Antigua, Belize, Barbados, it's a good fan base," he said.

Continuous rotation of big-name artistes, due to payola, Asha D said, has held back the creativity of the genre.

"If there's a hot rhythm, the deejays in Jamaica look on the big names and the younger ones get put aside.

"Based on the feedback from younger artistes, and mature ones too, they're saying the creativity is no longer in the music.

"People are wondering where are the Chuck Fendas, the Fanton Mojahs and the Warrior Kings. You look at songs like, Konshens did a song, Gal Dem A Talk Bout Me, Tiana did the part two, No Man Caan Talk Bad Bout Me, it's creating a storm in England, number one in clubs and when you play it on stations, it gets massive replay.

"Also a song by Andrew and Wada Blood, Roll With My Brother, that song is massive in England, when I look back in Jamaica to look on the charts, it never stood a chance, yet the impact and response we're seeing here is unbelievable.

"It takes the artistes years to come through. You've got Khago, a major hit, Can't Cool, a massive song in England, even in Europe right now it's crazy. You know what music can do. To many artistes, it's their job," Asha D emphasised.

He said instead of embracing new acts, Jamaican disc jocks, outside of payola, tend to be promoting R&B and hip hop.

"It has reached a point where we are wondering why other countries and their artistes are benefiting from reggae music.